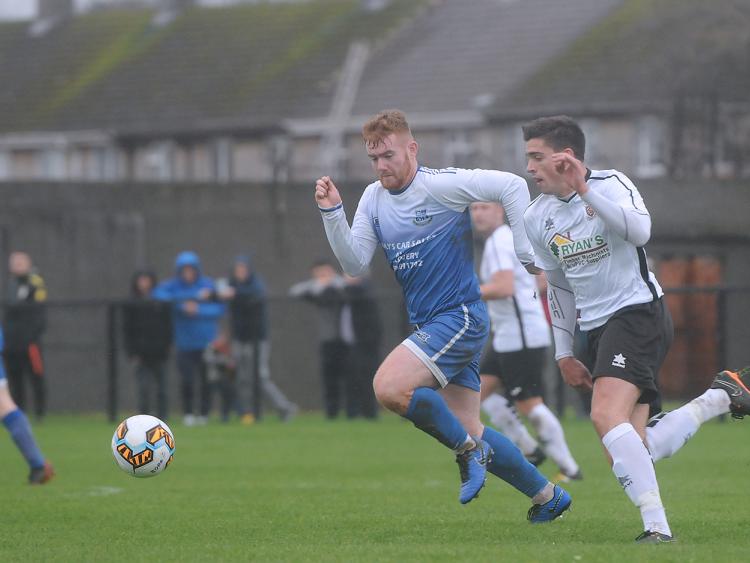 Tonight, Thursday, the Tuohy Cup throws up a real treat for fans when the two in-form teams in town meet in a mouth watering game as Pike Rovers clash with Regional Utd in Jackman Park at 7.00pm.
Both teams come into the tie on the back of weekend FAI Junior Cup victories that saw them reach the last 32 of the competition.
A goal in injury time by Jonathan Grant gave Pike Rovers a win in Dublin against St Kevins Boys.
Regional Utd stole the limelight with a superb performance, beating a fancied Killarney Celtic by six goals to one in Kerry on Friday evening.
The sides met earlier in the season when a goal by former Regional player Evan Patterson gave Pike Rovers a last gasp winner.
It was a game that could have swayed either direction and the Dooradoyle club will be hoping to balance the scales on Thursday.
After the success of Limerick sides in the FAI Junior Cup last weekend when four from five progressed to the last 32, Ballynanty Rovers will be hoping to join the party if they can beat Dundalk side Muirhevna Mor.
‘Balla’ went down to Janesboro last Sunday on a day when their luck was out and manager Donal McGee will be hoping the ‘Blues’ can bounce back in time for Sunday's game.
Dermot Fitzgerald is due to return to the side which is a huge plus.
Muirhevna Mor are in second place in the North Eastern League and while little is known of the opposition there is a great soccer tradition in the area so any result ‘Balla’ get will be well earned.
In the PJ Matthews Premier League, leaders Janesboro will be looking to maintain their four point lead at the top of the table when they host Aisling Annacotty on Sunday morning.
The ‘Boro’ took full points in their game with ‘Balla’ on Sunday but by their own standards they were way off the pace.
Solid defence gave them the spoils after a fortuitous goal early on. No doubt Shane O'Hanlon and Aidan Ryan will ensure an improvement is seen.
They meet an Aisling side on a high after a 4-0 win in Blarney in the FAI last weekend. The form of Jason Lipper and Aaron Murphy has been a huge boost to the Annacotty side after the injury to top scorer Evan O'Connor.
How they fare against Thomas Clarke and Co will decide the game.
Second placed Pike Rovers travel to old neighbours Fairview Rgs looking to keep pace with the leaders.
Their rivalry with Fairview often ignores form as witnessed when the sides drew 1-1 in their League meeting back in August.
It’s hard to see Pike slipping up again, considering the form they are currently in.
Third placed Regional are still within touch of the leaders and they will be expected to take full points at Prospect if they can repeat the form they showed last weekend against Killarney Celtic.
Prospect had a good win over Kilmallock last weekend and will make life difficult for the visitors but may find Sunday’s opponents a tougher nut to crack.
Two sides who are too close to the drop zone for comfort face off when Kilmallock host Nenagh while Charleville will be looking to edge towards safety at home to a Geraldines side still getting over ‘jetlag’ from last Sunday’s trip.

All Tan Sunbed Div 3B