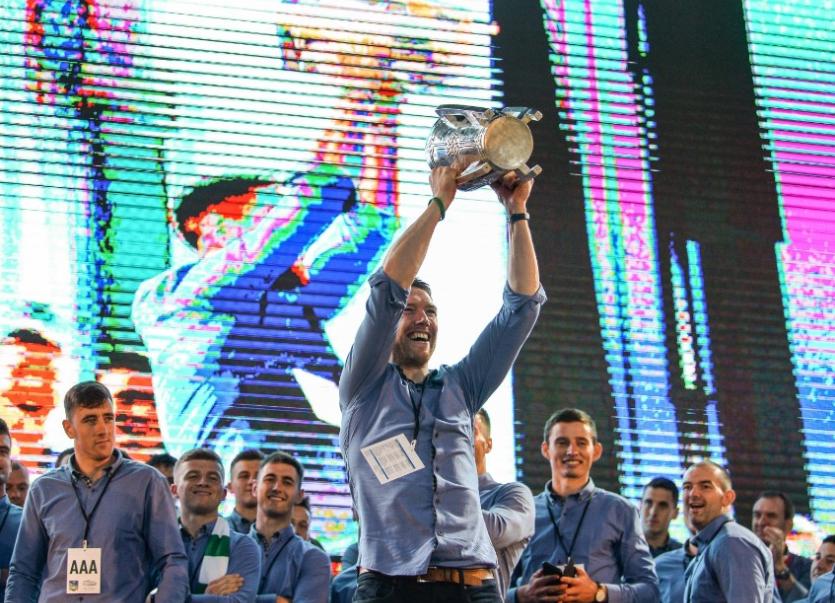 The Murroe-Boher 31-year-old retired this week after a career stretching back to 2006 and covering 44 championship games in the green and white.

"The length of time that Seamus played for Limerick is extraordinary - very few players get to have a career of that longevity and to have such an impact early on with Young Hurler of the Year," John Kiely told LeaderSport on Tuesday night at the Limerick GAA function in the Woodlands House Hotel.

"He is an incredible athlete with incredible dedication and an incredible love of the game. An incredible individual the way he contributed in every facet of the Limerick senior hurling for the last 12-13 years - huge commitment," Kiely told LeaderSport.

"He has done it for his club as well and school and college - he done it at all levels. He won a Munster medal, an All-Ireland and a National League Division 1B - he has pretty much done it all," outlined Kiely.

Kiely worked with Hickey as a selector under John Allen when Limerick won the 2013 Munster SHC and then for the last two season as manager.

"With Seamus, you didn’t have a lot of work to do with him because he just bought into everything that you were doing - he was 100% behind every management team always."

This season, Hickey, Tom Condon and Richie McCarthy - all products of the 2005 minor team - were the elder statesmen of the 36-man Limerick panel.

"I want to wish him well and congratulate him on a wonderful career and what a way to finish it off and wish him well in the next chapter of his life and I know he is a hugely proud father and he has his hands full there!," said Kiely of the married father of three.