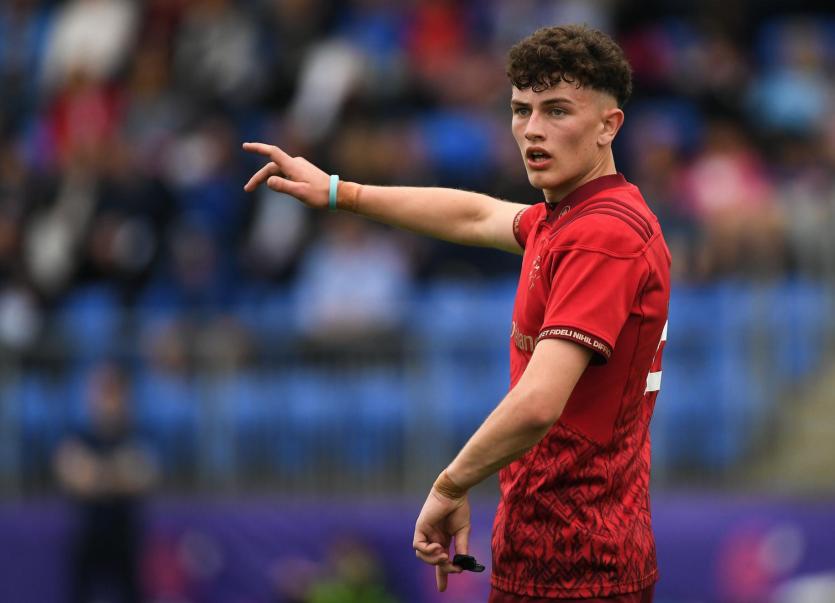 The Ireland Under-19 team to play Australia Schools in Energia Park at 2pm on Saturday, December 8th has been named and there is a large Limerick representation.

There’s an all Limerick pairing in the half backs with Charlie O’Doherty at scrum half and Jack Delaney at out half, while Young Munster's former St Munchin's college second row Paddy Kelly is named in the second row.

The backroom team also has a Limerick influence as the side is coached by Limerick's Tom Tierney with Assistant Coaches Mark Butler, formerly of Rockwell, joining Limerick's Colm Tucker. Tucker, a former coach of UL Bohemians and Shannon recently guided the Connacht U-18s to success in the IRFU U18 Inter-provincial festival.