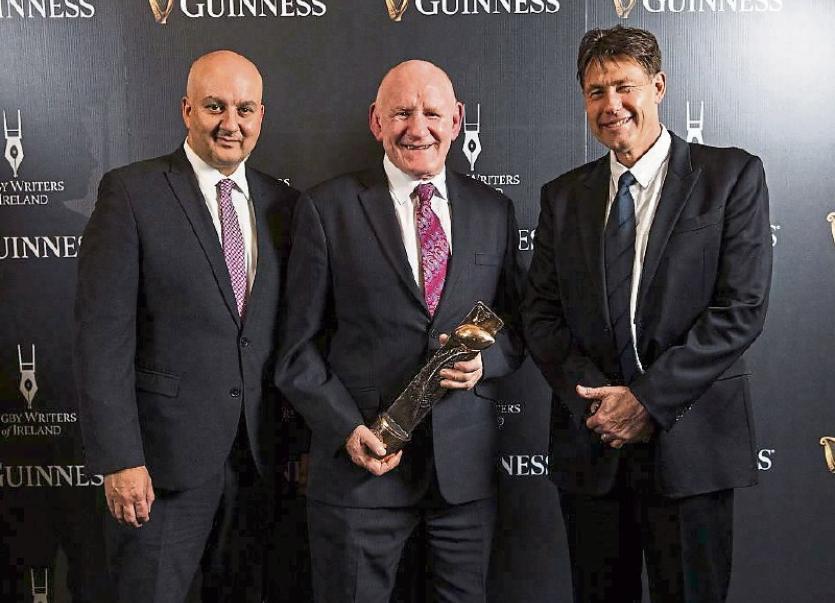 FORMER Munster player and Ireland international, Gerry ‘Ginger’ McLoughlin, has been inducted into the Rugby Writers Hall of Fame at the Guinness Rugby Writers of Ireland Awards, hosted at the Aviva Stadium.

McLoughlin played his club rugby with Shannon RFC and was a key part of Munster’s victory over the All-Blacks at Thomond Park in 1978.

The Limerick man famously scored a try for Ireland at Twickenham in 1982, carrying half the English pack over the line.

The win was instrumental in Ireland winning the Triple Crown for the first time since 1949.

Ireland and Leinster out-half, Johnny Sexton, received the Guinness Rugby Writers of Ireland Player of the Year at the event.

Thirty three-year-old Sexton is just the second Irishman to land the gong, following in the footsteps of former Garryowen, Munster, Ireland and Lions hooker Keith Wood, in 2001.

Sexton played a vital role in what has been a truly historic year for Irish rugby.

With the Ireland team Sexton has won the NatWest Six Nations, a Grand Slam, the Triple Crown, and a first series win on Australian soil since 1979, and with Leinster he won the Guinness PRO14 and European Rugby Champions Cup.

This recent historic victory over New Zealand at the Aviva Stadium, 113 years in the making, has further cemented Sexton’s position as the best out-half in the world.