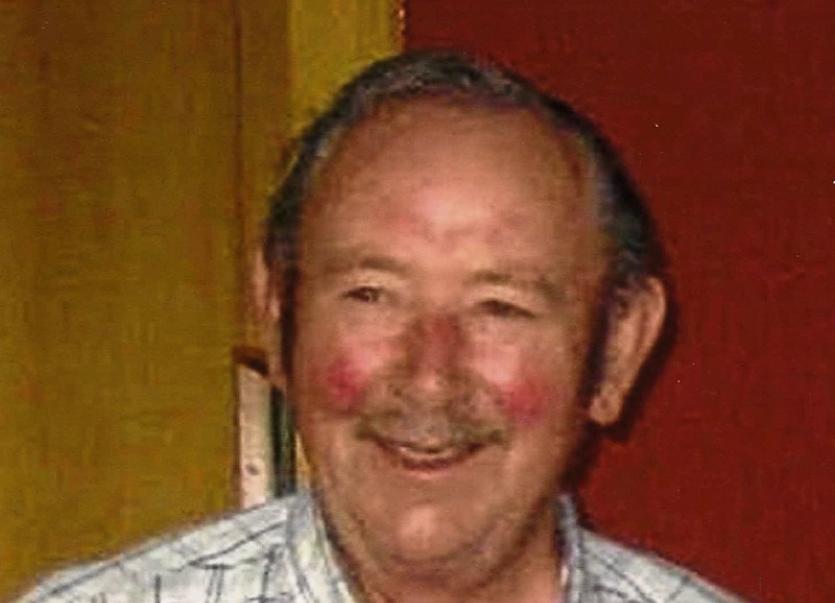 Willie O’Connell passed away as he lived. Quietly, he moved through his life interested in his community and most especially in his beloved South Liberties.

He was a man that made friends easily, he was a most genuine man. A man that took pleasure in the simple things that life could offer.

Willie O’Connell felt most at home talking about hurling. It was the pulse of his life and South Liberties GAA Club was at the heart of his seventy seven years.

The very first East Senior hurling championship match I saw was between South Liberties and Doon. It was more that forty years ago. Willie O’Connell was ever present, he was the man that we saw at every game they played.

From underage to senior Willie was there. The only agenda he had was South Liberties.

They would tog out at Riordan’s pub in High Street Caherconlish, they would walk like an army down the hill, up the Main Street and onwards to the pitch.

Those were special days, a time that saw huge crowds attend and where the pride of parish took on a new life.

I will always remember Willie O’Connell holding a clatter of hurleys in his hand, he might also have a towel and in each pocket a couple of sliotars.

One of five brothers that all made a fine contribution to South Liberties, Willie served the club at all levels.

He first played in a County Juvenile final against Claughaun in 1957. It was the start of his grand association with South Liberties.

He went onto win a championship medal in London in 1964 but one of the highlights was playing in his first senior final and replay against Kilmallock in 1967.

He played in the full backline and those that saw him play will tell you of his cuteness but most of all his dependability.

That was a trait he carried with him in life. He was a loyal and honest man that was always there for his friends, family and club.

News of his death came as a great shock to me. We had only met three weeks previously and for the entire hour we discussed the good days of South Liberties and how happy he was to see Limerick win the All Ireland.

He told me, “I didn’t think I would live to see Limerick win it again. It was the thing that consumed all hurling people in Limerick. Winning was great but we must not allow such a gap between victories again.”

I was really impressed by his recall of games and stories. He served the club at every level and was Chairman and Treasurer on a few occasions.

Working for the club was a way of life for Willie O’Connell, he looked after players like they were family.

He told me about when J.P McManus took over as Chairman,

“He was great, I remember one of the first things he did was book the best restaurant in Limerick and brought all of the committee to a meal. He said we won't talk hurling tonight, we will talk about our families and friends. I remember him saying we will start as we hope to finish as friends. The one thing about JP was that he had a great way of getting business done, he would do his work before the meeting and business was done in a way that allowed for progress. JP was good to a lot of people, I knew him all my life. He had a great way with people and always got the best from them.”

I left Willie O’Connell that evening knowing a great deal more and we had agreed to meet again. Sadly that was not to be. This week I spoke to a man that had so much good to say by Willie O’Connell.

Just like Willie O’Connell, Paddy Shanahan is synonymous with South Liberties both of them soldiered together for many years.

“He was like a brother to me. We were both very involved in the club for a very long time and the people of our area held Willie in very high esteem. He was a generous man that put the club first on so many occasions. I remember he came to me around 1980, I was chairman. He said we should celebrate the clubs achievements and may be travel out of the country. I said is it London you are thinking of, a God no said Willie, I think we would should go to America. We discussed it between ourselves for a while and we finally brought it to a meeting. Willie didn’t go to the top table, he sat down on the floor. When I suggested the idea, a woman on the floor said, would ye not go to Australia altogether and stay there.”

“It went on for a while but we eventually were granted the power to develop the idea. Willie was the driver of the project. He played such a key role and Fr. Tom Ryan who had just come back from America was a great help. Willie Dooley and Pat O’Sullivan also did great work. It was a great success and one hundred and thirty eight people travelled”

Over a long number of years these two men would travel a lot together. One such trip was to GAA congress in Belfast. Paddy picks up the story.

“This was no ordinary Congress. The ban was going to be removed and we had to get a plan in place to be part of the Limerick delegation. We put both of our names forward for the County Board meeting and Willie got the nod. I was nominated as a sub. Low and behold I got a call from Declan Moylan the day before Congress saying he was unable to travel due to a funeral. All I can say is that we had a mighty time.”

There was a time when the East Championships were really special. The players, the games had a special appeal.

Willie O’Connell was part of the great days for South Liberties. He took every job that he had seriously. Paddy Shannon again added.

“I remember staying up till the small hours of the morning fixing hurleys with him the night before games. He was good at it”

“He would fix them for them all and always had a special bit of attention for hurleys belonging to Joe McKenna and Pat Hartigan. I remember one time on the morning of an East Final he took Mikey Corker and Johnny Dooley up to Lough Gur lake. They wanted to freshen up their legs. Willie had all the gear and got held up in traffic coming to the game. Fedamore were out on the field for twenty five minutes and they thought we did it deliberately.”

It takes great people to make a club, those special people that just give of themselves for the good of others. That was Willie O’Connell.

His parish and club meant a great deal to him. He had a bond with players of all ages and was liked by all that met him.

In his final days players and officers of the past called regularly to him. The Liam MacCarthy Cup was brought to his bedside. It was a nice touch for a man that just loved Limerick hurling and his club South Liberties.

At the end of last meeting, Willie O’Connell shook my hand saying, “Keep them on their toes” I knew what he meant and most readers know also.

Willie O’Connell played a part in making that happen and now both men have entered God's kingdom.

To his family, friends and club I offer my sincere sympathies.