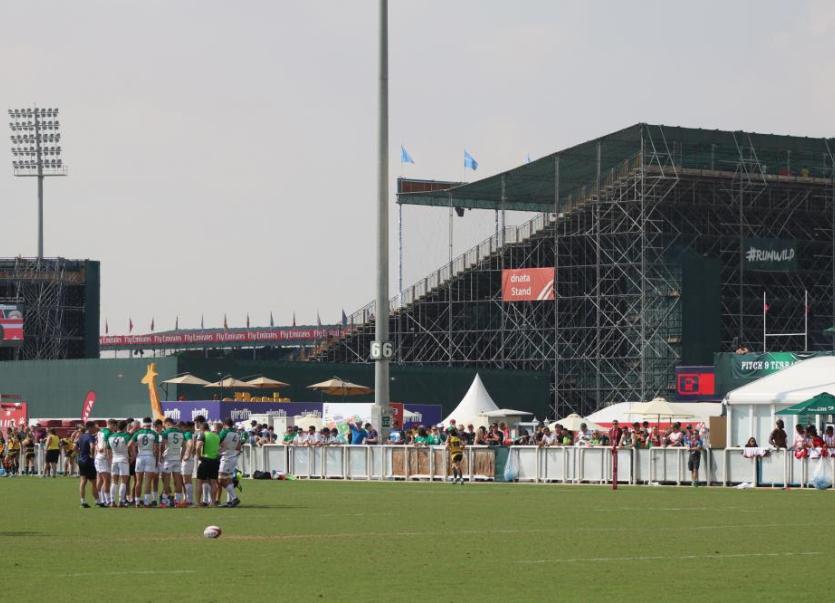 Ireland 7s coach Stan McDowell will depart for Dubai today with a 12-man squad ahead of the Dubai International Invitational tournament which takes place at the Dubai 7s this Friday and Saturday.

There are two Limerick clubmen named in the squad with Garryowen's Jack Daly joining Shannon's Greg O'Shea on the trip.

The side will be captained by Billy Dardis, and includes a number of Ireland 7s regulars, with Jordan Conroy, Terry Kennedy, Adam Leavy, Harry McNulty, Bryan Mollen and John O’Donnell all included.

Kerry native Jack Daly, who was involved with the Ireland U-20s during the U-20 World Championships this summer is named in the side, as is Iwan Hughes, who has progressed through the IQ Rugby programme and featured for the Ireland U19s last season.

The Dubai Invitational has become more and more competitive each season and this year is set to be no different, with Ireland up against Russia, ASC Dukla from Czech Republic and the France 7s Development side in Pool A.

Other sides also involved are the England 7s Academy, the German national side and the South Africa Academy.

Speaking on confirmation of the squad, IRFU Director of Rugby Sevens, Anthony Eddysaid;

"This is a good opportunity for the players to put into practice what we have been working on in training recently.

Several of the players selected have competed at this tournament before, and they will be aware of how competitive it has become, so it’s about being on top form from the start.
It will also be a good experience for the younger players in the squad to test themselves against some top-quality opposition."

Tickets for the Dubai Rugby Sevens can be purchased online at www.dubairugby7s.com.