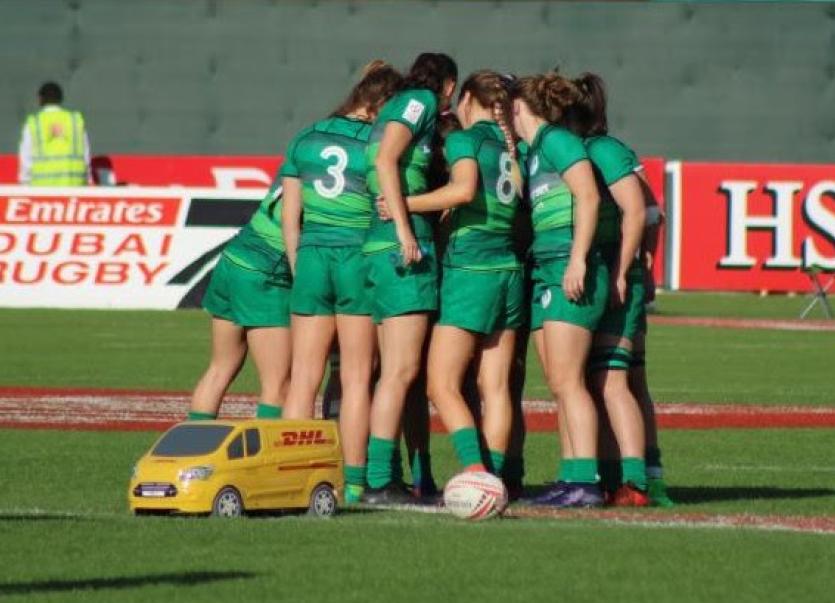 Ireland 7s are off to Dubai

The Ireland Women’s 7s side to compete at the second round of the World Rugby Women’s Sevens Series in Dubai this Thursday and Friday has been named by Director of Rugby 7s Anthony Eddy and includes Limerick's Aoife Doyle.

The side will be captained by Lucy Mulhall and features Brittany Hogan, who is set for her Series debut, having first been capped in September at the Rugby Europe Grand Prix in Kazan.

Hogan, who plays with Railway Union and Ulster, has come through the Ireland 7s pathway, representing Ireland at U18s level and was part of the Ireland Women’s 7s Development side that played at the International Invitational tournament in Dubai this time last year.

Louise Galvin returns to the squad having missed out on the opening round of the Series in Colorado last month due to injury.

Ireland are drawn with New Zealand, Russia and invitational side Kenya in Pool A, with European rivals Russia first up on Thursday.

Ahead of the tournament, Anthony Eddy said;

"We are all looking forward to the tournament, the girls have had a good preparation and I think they are now just excited about playing again and competing at this level.

The Dubai Sevens is a great event on the World Series circuit - there’s always a great atmosphere and we've seen a good turnout of Irish supporters over the years, so I know the players are looking forward to the competition and showing what they can do."

The action will be streamed live via World Rugby’s online platforms and you can keep up with the team’s time in Dubai using the hashtag #IreW7s and on the Irish Rugby social channels.

For more information on the Dubai 7s, or to buy tickets, visit: www.dubairugby7s.com