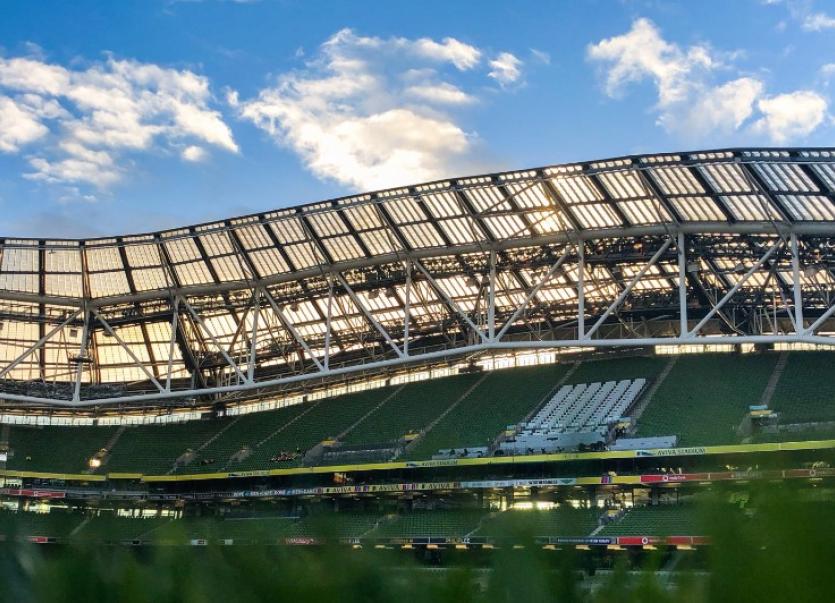 The Aviva Stadium, where the FAI and the IRFU both play

This week, the Aviva Stadium say both sides of the current sporting landscape.

The Republic of Ireland and Northern Ireland played out a bore draw in front of some empty seats in soccer, just days before a sell out crowd came to watch Ireland defeat the All Blacks at the same venue in a rugby international.

I am not going to compare both sports or their supporters, that would be futile. Both have beaten the current World Champions in front of a packed house, but one thing that can be compared is the governing bodies.

The IRFU are masters at making money. Second only, in this country, to the GAA in terms of their business acumen.

The GAA and the IRFU have a knack of seeing a sponsorship opportunity and running with it.

The ‘Guinness Series’ and the Aer Lingus Fenway classic for example.

The FAI, on the other hand, seem to have dropped the ball on this one. Yes, it is easier to sell a winning side, but soccer is the most played sport in this country.

We all see what the fan base, die hard or not, is like when the side qualifies for a tournament.

So the question is then to be asked of the FAI, why are you not tapping into this cash flow more regularly?