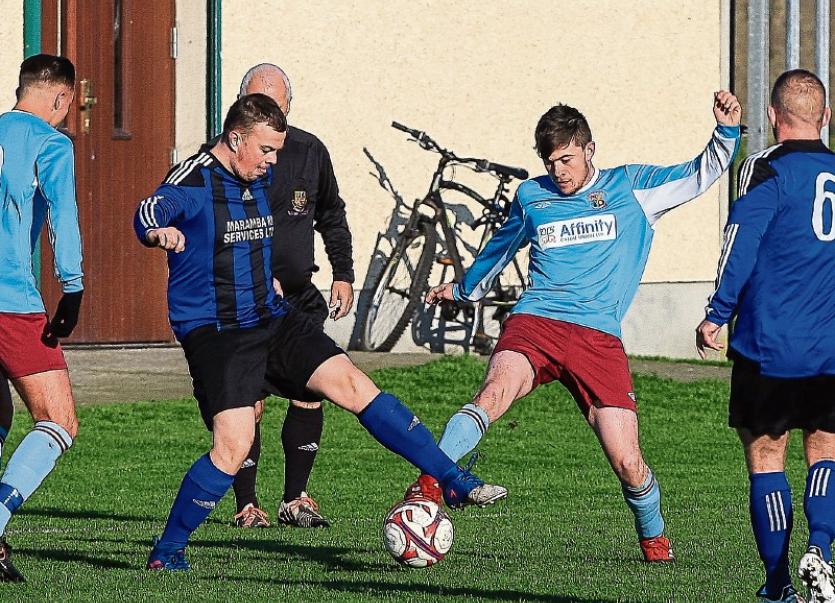 League action tops the bill for most clubs this coming weekend with some Cup games also penciled in.

In the Premier league, the big clash of the weekend will see Ballynanty Rovers host Fairview Rangers.

With both clubs having met twice in the last three weeks it’s a win apiece with the ‘View’ winning on penalties in the Touhy Cup, while ‘Balla’ ousted Fairview 3-2 in the FAI Junior cup. Judging by those last two recent encounters, this game is well worth a visit.

Nenagh against Prospect is a game each team will be looking for victory in, a win would see either side move out of the relegation places.

Carew Park host the impressive Regional. With the home side recently putting out most of their Youths in the junior side, the free scoring Dooradoyle will be fancied to bag full points.

In a change of fixtures published earlier this week, Janesboro will now face Geraldines in the Munster Junior Cup on Sunday at 2.15pm. Geraldines were down to play Charleville in the Premier League, but now face the champions instead, in what should be perfect preparation for this FAI Cup trip to Donegal on Sunday week.

In Division 1A, Moyross at home to Corbally have to be at their best to win this clash.

The big game in Division 1B is the clash of the top two in this league with Kilfrush hosting Newport.

While in Division 2A, current leaders Hyde Rangers will be favourites to see off Glenview as Cals will be at home to Corbally.

Pallasgreen, who lead Division 2B, will be hoping for a home victory against Aisling Annacotty B to keep their good run going.

There are also some Cup games down for decision.

In the Touhy Cup, Pike Rovers, who have been impressive in all their games to date, will host Kilmallock.

The county side made Janesboro work to annex the points from their recent outing but in this game the ‘Hoops’ will be odds on to advance.

In the Open Cup, Fairview Rangers are at home to either Prospect or Murroe will be slight favourites to go around further.

Also penciled in are some interesting U-17 games with the top game being Fairview Rangers hosting Nenagh.

For more junior soccer news see limerickleader.ie or use #LLSport on social media.