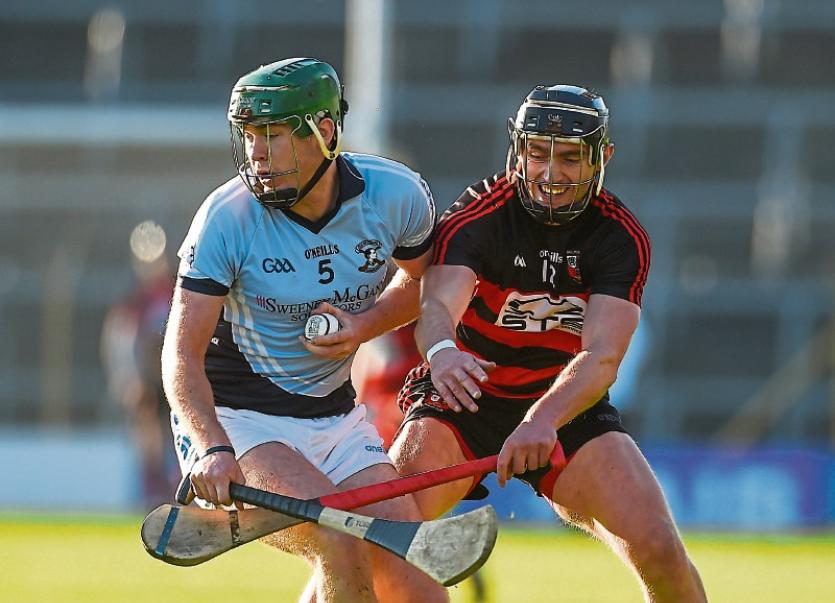 The journey that Na Piarsaigh hurlers have enjoyed in the Muster Club championship came to end in Thurles last Sunday.

Their unbeaten run was ended by Ballygunner of Waterford who were without doubt the better team.

Yes, Na Piarsaigh had the better start and should have pushed on from an early goal by Kevin Downes but showing far greater hunger Ballygunner expressed themselves from this point on.

This was a good game of hurling and we had some very good spells where ball retention was a priority for both teams. Ballygunner had a solid game plan and it looked like Na Piarsaigh were very slow in reacting to it.

The work rate from Ballygunner was very impressive and they made sure to close down the space and give Na Piarsaigh very little time on the ball.

Na Piarsaigh were red hot favourites but it was clear from the tenth minute of the first half that Ballygunner had their measure. They didn’t allow Na Piarsaigh dictate the terms, they had learned from last years defeat and losing was not an option.

This was a very flat display from Na Piarsaigh, a day that many players failed to show up. They waited for things to happen and when that is the case winning is almost impossible.

Na Piarsaigh had little, if any consistency in their play, they lacked bite, they lacked appetite and they lacked the drive we would normally associate with them.

They simply never came to terms with Ballygunner from midway through the opening half. Ballygunner created opportunities and they were causing lots of trouble for the Na Piarsaigh full backline. Na Piarsaigh were in real trouble at midfield and were it not for William O’Donoughe, Cathal King and Ronan Lynch in defence they would have suffered an even heavier defeat.

Shane Dowling worked hard but as a unit the forwards failed to spark.

Ballygunner didn’t look like they would lead at half time but when Stephen O’Keeffe blasted a very well taken penalty to the net and they had a slender one point margin at the break.

The goal came as a result of sustained pressure and they didn’t look back from it. This was the sixteenth meeting between Limerick and Waterford clubs in the Munster club and in that time fifty seven goals were scored.

That goal by O’Keeffe was the foundation for Ballygunner’s win. It was the score that ended any hope Na Piarsaigh had.

The Limerick champions had only scored two points in the twenty two minutes before half time and that in its self gave us a fair indication of where Na Piarsaigh were at.

The light blues didn’t match Ballygunner’s efforts from a work rate point of view and it took them almost ten minutes to get a point in the second half. At that stage Ballygunner had landed four.

Na Piarsaigh were only hanging on by a thread. Ballygunner had out smarted them on the field and on the line and one player that caused them a lot of trouble was centre forward Peter Hogan.

It wasn’t for his scoring contribution but more for the way he created space. He didn’t really stay at centre forward but he made life difficult for the Limerick champions.

Once Pauric Mahony scored Ballygunner’s second goal the game was over. That was seventeen minutes into the second half and Ballygunner now led 2-13 to 1-7.

Stephen O’Keeffe minutes later brought off a superb save from a Shane Dowling shot. O’Keeffe is a top keeper but he could do little as Dowling found space in a crowded goal mouth minutes later.

That only put a better complexion on the score board.

Na Piarsaigh were out of ideas and out of time, they had met a better team and on the day they had no answers.

Ballygunner wanted this win more, they were hurting from last year and they wanted to put that right. All year they took it one game at the time, the hurt of past defeats was the fuel that drove them all year. They have dominated Waterford hurling to an extraordinary level.

They have not lost a league or championship game in five years. So this win was no fluke and they are well deserving of the credit they will get for it.

This defeat, while disappointing for Na Piarsaigh, will only fire them on in the future. They have done a lot of hurling over the last few years and it’s very hard to keep that momentum going. The rest will do them good, they will return from this set back and they will learn lessons from it also.

Fifty years have passed since Na Piarsaigh was founded. In that time they made a huge contribution to their community, club and county. They have lots to celebrate and in time they will add to the sideboard that is overflowing.

Last Sunday morning the news reached me that well known and hugely respected broadcaster Weeshie Fogarty had passed away aged 77.

We had been friends for so many years. He was a former Kerry player, a former inter county referee but most of all he will be remembered as a unique broadcaster.

He had that special bit of magic, a voice that was special and that everyone could recognise. Radio was made for him, he had a way of describing every situation.

Gaelic football was his life in many ways, he loved to talk about it but most of all he loved Kerry football.

Through his programme Terrace Talk on Monday evenings he had listeners in every part of Ireland and around the world. He had a passion, a love of people and he had a talent to get people talking.

He was at home in the company of GAA people and indeed all sports. He was so well respected. He spoke his mind, he didn’t say what the establishment wanted to hear and that is always refreshing because all too often we have a compliant media, a sort of cosy arrangement.

That is never healthy and Weeshie Fogarty was never in the business of pleasing others. People followed him because he was an honest man that always called it as it was.

He won respect from so many for his programme, he had a knack of getting the best from people, they trusted him and they felt at home with him.

For more than ten years I joined him on his program on Radio Kerry. We discussed many topics but in reality it was always about hurling and football.

He built a special programme that set a standard that no one else could follow. It was local radio at its best, the only difference was he had a national audience for his programme.

He has left us with a huge legacy of work, from broadcasting to books. Going to Fitzgerald stadium has not been the same since he got ill. We will miss him greatly. He wanted Limerick to do well in hurling and thankfully he saw them do well.

To his family and countless followers I offer them my sincere sympathies.

South Liberties club man Willie O’Connell passed away on Monday last. His contribution to his club was significant throughout his life.

Only a few weeks ago we had a very long chat. He was in contact on a regular basis and was so well liked by the many players that he was involved with for over fifty years.

I will reflect on his contribution to Limerick GAA next week.

To his family, club and friends I offer my sincere sympathies.