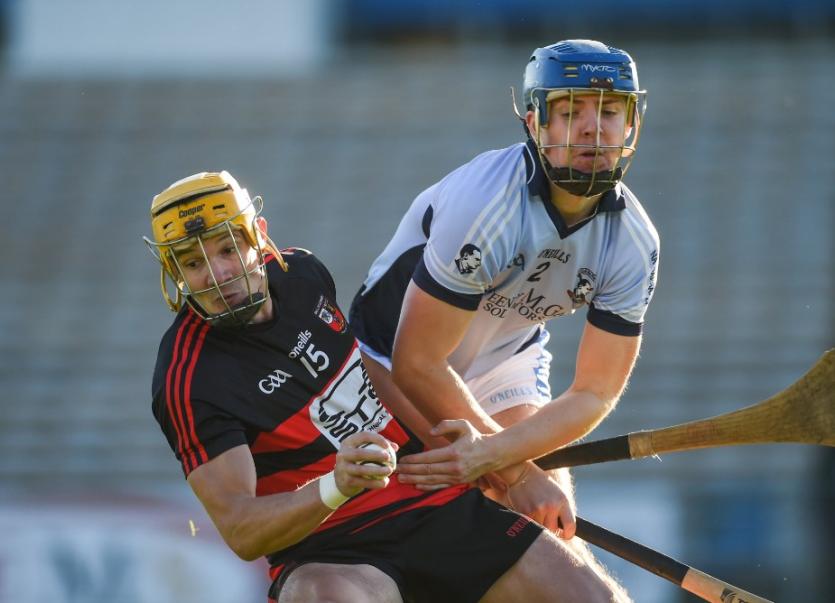 NA PIARSAIGH’S unbeaten run in the Munster club championship came to an end on Sunday when Ballygunner of Waterford finally defeated the Limerick champions at the fourth time of asking.

Having never tasted defeat in 12 previous outings in the provincial championship, this fifth final in eight seasons was a step too far for Paul Beary’s men.

In a repeat of the 2015 and 2017 finals, the Deise kingpins finally added to their 2001 provincial success with this victory - with goals from a Stephen O’Keeffe penalty and a long range Pauric Mahony free crucial for the Waterford champions.

When the post-mortem is done, it won’t be hard to pin-point where this went wrong for the Limerick men – they only scored 1-2 in the final 38 minutes of hurling and scored half of their total of 2-8 in the opening 13 minutes.

But it all started so well. It was a dream start for the Limerick men as Kevin Downes buried a goal in the second minute after good work from Shane Dowling. Once Downes got possession, he only had one thing on his mind and made no mistake in scoring his fifth ever goal in the Munster club championship.

Dowling, who missed last year’s provincial campaign through injury started brightly scoring three points in the first eight minutes, including a cracking strike from play off his right hand side under pressure.

Ballygunner were busy in the opening exchanges but only had points from Conor Power and Brian O’Sullivan to show for their efforts in the final which was played in front 3,339 – 20 people more than the corresponding fixture last year.

The Waterford champions got on top mid-way through the half with Brian O’Sullivan and Billy O’Keeffe getting points.

They should have had a goal however, if it weren’t not for a top class save from Padraig Kennedy, who tipped Barry O’Sullivan’s goal-bound effort over the bar.

Scores from Ronan Lynch and Alan Dempsey kept the scoreboard ticking for the defending champions.

However, just on half time, Ballygunner levelled the game. After Brian O’Sullivan was fouled, goalkeeper Stephen O’Keeffe came all the way up the field and gave Padraig Kennedy no chance to make it 1-6 apiece.

Then, just before the short whistle, Pauric Mahony hit over a free to give the Waterford champions the lead at the change of ends, 1-7 to 1-6.

Ballygunner kept the momentum going scoring the first four points of the second half with two Mahony frees either side of points from Brian and Barry O’Sullivan.

In stark contrast, the Limerick men were flat in the second half, unable to retain possession and making uncharacteristically poor decision on the ball.

The free scoring efforts showcased against Doon and Clonoulty-Rossmore weren’t on show in Thurles.

The Caherdavin men finally got on the board 10 minutes into the half when Dowling pointed a free – however this was quickly cancelled out by Mahony’s fifth score of the day.

Na Piarsaigh’s mountain became a whole lot steeper as a long range Mahony free went all the way into the back of the net to put the Waterford side eight points up with a dozen minutes left to play.

This all but sealed the win but Na Piarsaigh fought until the final whistle – a late Shane Dowling goal too little too late for the Limerick champions.