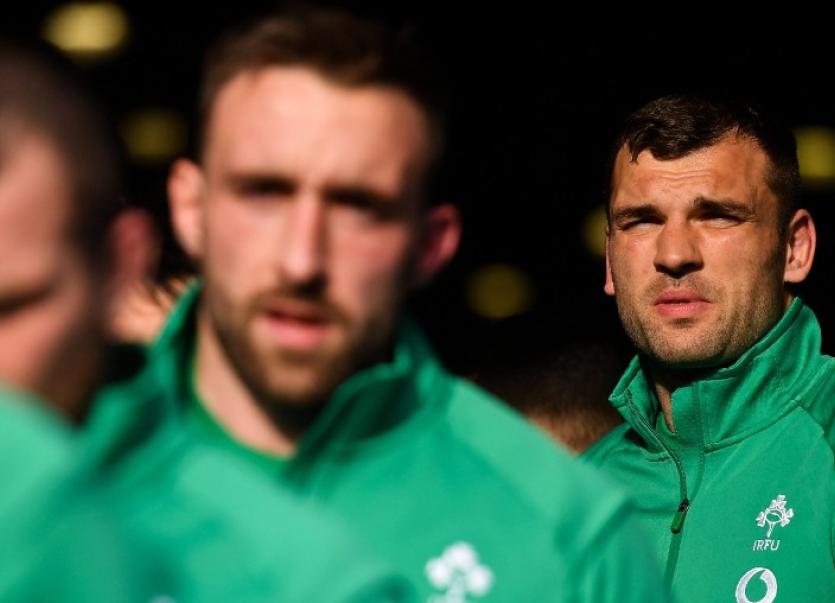 There is no place in the 23 for Munster's Tadhg Beirne

THE Ireland team to play New Zealand in the Guinness Series test match at Aviva Stadium has been named.

Rob Kearney returns to the starting XV at fullback with Keith Earls and Jacob Stockdale named on the wings. There is no place in the match day 23 for Pro14 POTY from last season, Munster's Tadhg Beirne.

Garry Ringrose, at 13, renews his partnership with Bundee Aki from the game against Italy in Chicago. Jonathan Sexton is partnered by Kieran Marmion at 9 and 10.

Dan Leavy is named at openside, despite sitting out training today. Munster captain and Irish Vice Captain Peter O'Mahony is on the opposite flank, with CJ Stander at 8.

Meanwhile the All Black match day 23 features just the one change from the team which beat England last weekend: Ryan Crotty comes in for the injured Sonny Bill Williams, with Anton Lienert-Brown coming into the run on reserves in the 23 jersey.

The All Black matchday 23 is as follows (with Test caps in brackets):

Key facts – All Blacks vs Ireland

• The All Blacks and Ireland have played each other 30 times, with 28 wins to the All Blacks, one to Ireland and one draw. The last match was in Dublin in November 2016, which the All Blacks won 21-9

• Beauden Barrett has become the first player to score 100 international points this year. He is on 106 points, with South African Handre Pollard on 100 and England’s Owen Farrell on 91