Referees confirmed for Munster's back to back ties with Castres 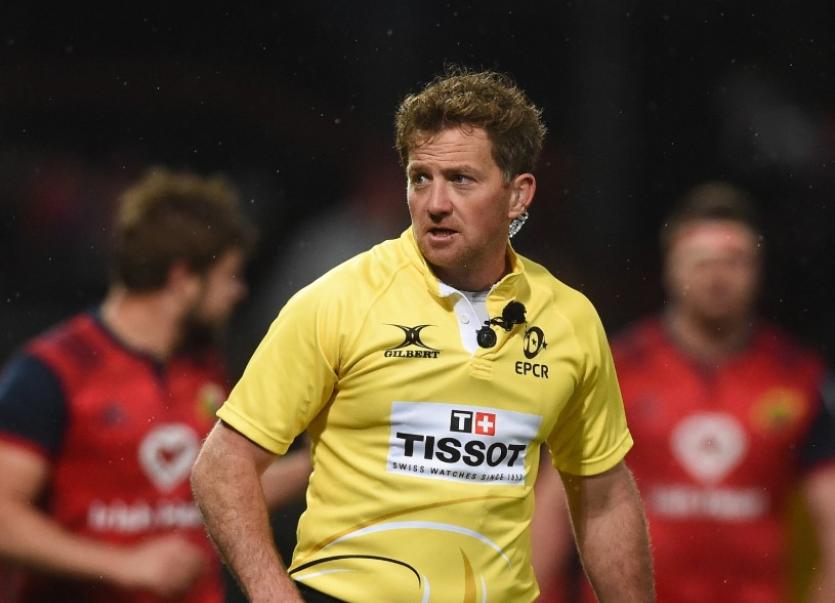 The referee appointments for the vital back-to-back fixtures in Rounds 3 and 4 of the Heineken Champions Cup and Challenge Cup have been made by a selection committee chaired by Joel Jutge, EPCR’s Head of Match Officials.

Ireland’s Andrew Brace will take charge of the meeting between Pool 4 leaders, Racing 92, and Leicester Tigers at Paris La Défense Arena with George Clancy, also of Ireland, in the middle for the Round 4 confrontation at Welford Road.

The back-to-back fixtures in Pool 1 between Wasps and unbeaten Toulouse at the Ricoh Arena and Stade Ernest Wallon will be handled by John Lacey of Ireland and Wales’ Nigel Owens respectively.

Italy’s Marius Mitrea for Round 3 and Alexandre Ruiz of France in Round 4 have been appointed for the much-anticipated matches between Edinburgh Rugby and the high-flying Newcastle Falcons who sit on top of Pool 5 with two wins.

In the Challenge Cup, Ben Whitehouse of Wales will be in charge for the Round 3 meeting of Bristol Bears and Pool 4 leaders, La Rochelle, at Ashton Gate, and Ireland’s Frank Murphy will referee the Pool 2 match between Pau and the in-form Worcester Warriors at Stade du Hameau when the tournament resumes on Friday, 7 December.