The Hurlers - The Book that keeps on giving for GAA fans 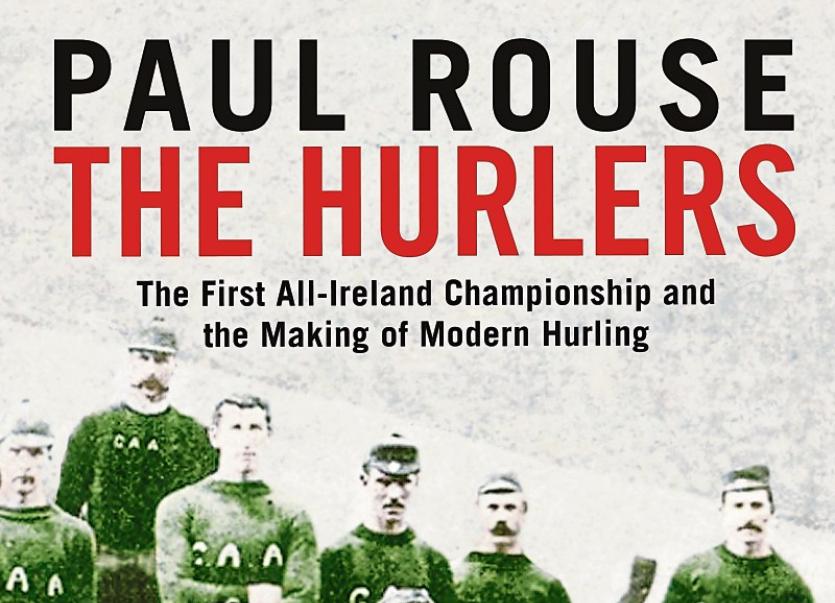 Paul Rouse's book is a must read

PAUL Rouse's book ‘The Hurlers’ is the story of the transformation of hurling from an ancient game to an organised sport at the heart of Irish society.

From a letter in The Irish Times back in 1882, all the way through the birth of the association and on to the first ever All-Ireland final, Rouse's book is a page turner that continues to deliver chapter after chapter.

‘The Hurlers’ is a superbly readable GAA book and one which any fan of the GAA or indeed history in general will dive into with great excitement.

Paul Rouse lectures in Irish history and sports history at University College Dublin, and writes a column on sport for the Irish Examiner. He was also the manager of the Offaly senior football team in the summer of 2018. So he knows his stuff.

“The book really came about as an occupational accident really. I was working as a reporter with the Midland Tribune and the Leinster Express. I found a newspaper cutting about the first All-Ireland final in Birr. I didn't know the first All-Ireland was in Birr. I started to research the final and over the last 20 years, I just started to put stuff away from time to time and it just grew and grew from there” admitted Rouse.

You can tell from the opening few pages of this book that the research has been carried out by someone who has a love for history and the GAA itself.

Rouse's ability to take the stories for over 100 years ago and make them relevant to the current climate is a skill in itself.

The book is full of fascinating stories about how the association grew from ad hoc games in the Phoenix Park, to having sides 'challenge' each other to games based on two separate sets of rules.

The overriding theme of the book is that the longer the GAA is in existence, the more it stays the same.

“Over the years, it seems, people have just found new ways of doing the same thing” Rouse observed.

From a Limerick point of view, we are no different. There is an extract from the book with is worth the price of the book alone. Here is a quick telling of the tale.

The Castleconnell Hurling club were defeated in the 1887 semi final by South Liberties, which was a game described as.

“The match was chaotic as the crowd continuously surged in among the players: ‘The field was at no time clear during the match, and hurling was only carried on at some periods in the midst of a crowd, the players themselves having to push back the people with one hand while with the other they raised the hurleys to strike the ball.’

- South Liberties won by one goal and five points to two points.

It gets better from there as South Liberties were to face Murroe in the final.

“The match between South Liberties and Murroe lasted almost three hours, primarily because the players were, in the words of the Munster News, ‘grossly offensive to one another.’ After two minutes a Murroe player had to leave the field with a bad head wound and thereafter there were frequent scuffles. The South Liberties captain later complained that the Murroe men had been shouting: ‘Break their hurleys!’ and ‘Cut the legs of them!’ and that five of their players had been severely injured in the game, with several still receiving medical treatment a week later”

It didn't stop there.

“In a remarkable move, the Central Executive of the GAA declared that the champions of Limerick were not Murroe, nor South Liberties, but the defeated semi- finalists Castleconnell”

There is even more to this story involving players marching onto a field in Kilkenny, but this just gives you a taste of what this publication has to offer.

Indeed the dispute which came about from the semi finals and finals mentioned above lead to Paul Rouse's favourite line in the whole book.

“At the end of the championship, there were two teams shouldered off the field and both claimed to be County Champions. The line that I love it that ‘Limerick came to enjoy the luxury of having two county boards’ - I would love to have met the fella that wrote that line. I think it was a great way to sum up the capacity of people to get their own way” - laughed Rouse.

The Hurlers is a must read, as stated and is available from all good book shops and online. It's perfect timing for the Christmas list.