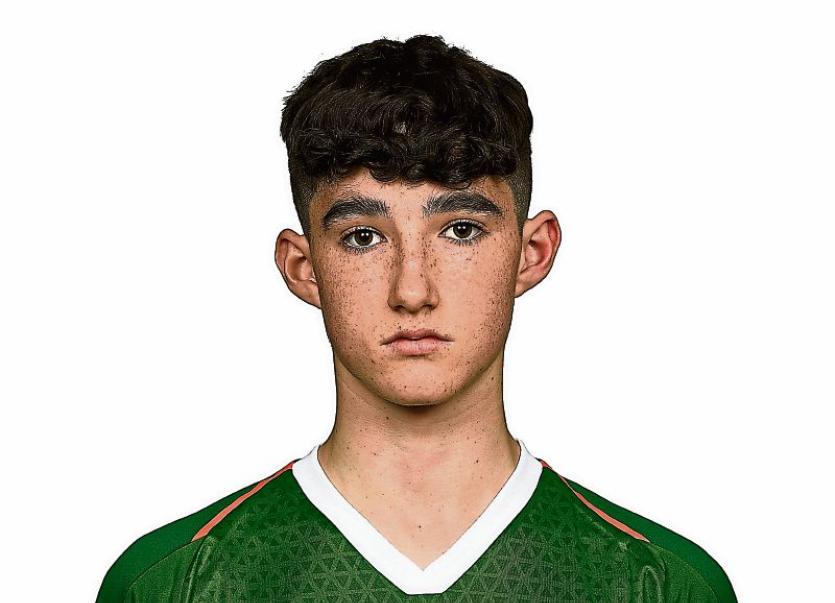 A TALENTED Limerick teenager has been included in the Republic of Ireland U-15 squad for two upcoming friendly internationals away to Poland.

Castletroy College student John Ryan is named in Head Coach Jason Donohue’s 18-strong squad for the two fixtures with Poland at Kolobrzeg on Tuesday, November 20 and Ploty on Thursday, November 22.

John Ryan, who lives in Castletroy, is a past pupil of Milford NS and Gaelscoil Castletroy.

In 2017, Ryan joined St Kevin’s Boys, of Dublin. At the start of this year he signed for Shamrock Rovers and currently plays with their Under 14 side in the Dublin and District Schoolboys League.

His coaches are Thomas Morgan and Dessie Baker, who were apprentices Blackburn Rovers and Manchester United respectively and members of a Brian Kerr managed side that finished third in the 1997 under 20 World Cup.

Other familiar names within the Rovers coaching staff are former Irish internationals Stephen McPhail and Damien Duff, as well as a number of former League of Ireland players such as Shane Robinson, Glenn Cronin and Stephen Bradley.

John Ryan also played GAA with Monaleen and played in the Mackey and Sarsfield Cups with Limerick City schools and with Limerick schools Gaelic football team in the Primary Game in 2016.

Next week’s matches in Police, Poland are the first of the season for Jason Donohue’s Republic of Ireland U-15 squad.

More than half of the squad is made up of players from SSE Airtricity Under-15 National League sides, and Donohue is looking forward to the training camp with a new batch of players.

“After a very extensive player identification process we selected a very balanced squad of 18. This is their first taste of international football and the demands attached,” coach Donohue revealed.

“It’s very early in the season and we operate a revolving door policy as players are developing at different rates.

“Last year, 30 players got an opportunity to test themselves against opposition so it’s a great incentive for players who missed out this time to work hard again and take the next opportunity when presented to them. There was some very tight calls as quality of play in the assessment games was very high. We must note the good work done at the players' clubs.”