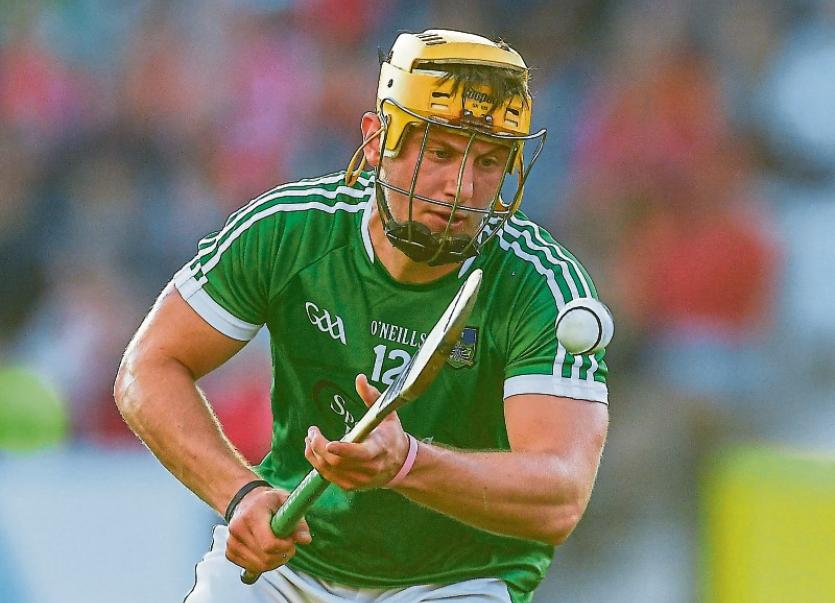 I am sure at this stage that the mothers of our recent All Star winners have found the perfect location for such a prestigious trophy. They might even have dusted it down a few times since its arrival.

For the players involved it is a very personal honour and one that will mean even more to them as the years roll on.

All Stars will never be attained without the combined efforts of all the team but it takes sustained performances for the best part to achieve such status.

This page last week was to be about the All Stars but when the sad news of Leonard Enright’s death filtered through I think he deserved pride of place.

It was a special night for Limerick and once again our players showcased what fine young men they are.

It was a year that saw some outstanding performances across the entire championship from many players but I find it very hard to accept that Tom Morrissey was not part of the All Star team.

His contribution in every championship game was significant.

For as long as I can remember All Star teams are a cause of much debate and it’s hard to facilitate everyone.

There was a time when such teams saw players picked in their positions but that is long since gone.

This gives the All Star selectors more options but I think players should be chosen from the positions they play in.

For Limerick to get only one forward as All Ireland champions was wrong. It was very poor representation for a team that lit up the championship year.

The glaring omission was Tom Morrissey. His performances throughout the season were outstanding in every regard. Scores, he had many, but for me his work rate and selflessness was one of the key factors Limerick are All Ireland champions.

Tom Morrissey, like many other players, took his game to a different level in 2018. To do that he would have put in many hours of hard work both collectively and privately. Those efforts were rewarded when he went up the Hogan Stand but he more than deserved an All Star.

Only once over the last twenty years have the winning All Ireland champions got one ‘forward’ All Star. That was Cork in 2005.

There were a number of years that teams got six awards but it is hard to win an All Ireland title if only one player, in the eyes of the All Star selectors, is good enough to make into the forward line.

For scores and huge work rate Tom Morrissey should have been honoured. He scored 1-26 and of that 1-21 came from play.

Seamus Harnedy hit an impressive 2-16 from play while John Conlon scored 1-26 from play.

I think most would have found a place for Tom Morrissey on merit. He hit some major scores at vital times.

Take his performances against Cork, those magic points against Kilkenny and that goal against Galway.

For as good as his scores were, I think Tom Morrissey showed himself to be a great team player this year. Both on and off the field Morrissey is smart but his willingness to go deep and bring the ball out of defence was a great support to the team.

Time after time the Ahane club man did it. He was asked to do a job and he did it to perfection. He delivered many superb passes, he had the strength to ride the tackle and when it came to chasing, he covered miles.

Of course there are people who might suggest that I am only thinking of our own players but that is not at all the case.

The All Stars should be about picking the best players. Was Tom Morrissey punished because his brother Dan collected an All Star in the half backline? I think he was.

Kyle Hayes was undoubtedly the Young Hurler of the Year but was this deserved award to Kyle used to facilitate another player as an All Star?

In the moments after the All Star team was announced I would think Tom Morrissey would have been disappointed. This is natural, however he has the mental toughness to live with the selection and I doubt it has cost him much thought since then.

Cian Lynch stole the show at the awards and he was a very popular winner of Hurler of the Year.

He had a fantastic year at midfield but in reality he covered miles in every ground. His link play is the best in the game.

His speed in hand and foot makes him very hard to handle but it’s the quality possession he delivers to the forwards that really sets him apart.

Darragh O’Donovan was his partner and his stats all year were just superb. The work that Donovan did would on most years have seen him collect an All Star.

It was great to see Limerick so well represented on the night. Sean Finn and Richie English took both of the corner backs positions while the previously mentioned Dan Morrissey was in the half backline. Declan Hannon had a commanding lead for centre back.

There was going to be no doubt that Graeme Mulcahy was going to make the team. He had a majestic year and was full value for his award.

I have often written in this page about the winners enclosure and in the past Limerick players were unable to cope with it.

The maturity that this group has shown has been really impressive. They were very worthy winners of the All Ireland but how they have handled themselves since winning has been equally impressive.

That gives me great hope for the future. The trick now is to build upon it. Not to be happy at the current space we control. Now it’s about raising the bar to an even higher level.

I am sure John Kiely and his management team will do that. It’s hard to know what effect the lap of honour will have but I feel Limerick have the resources to cope with it.

The county championship showed us that there are some very good players coming through and they will need to be added to the panel.

That will mean some must go but that will keep everyone on their feet.

We must now set new targets, the comfort zone has destroyed many teams and players in Limerick. The future is about learning and building from the experiences of the past.

This Limerick team and management have done a lot of learning and they have gained a lot of experience.

That will serve them well on the road ahead, hunger is a vital ingredient to winning but finding an even deeper hunger is the secret to repeating it.