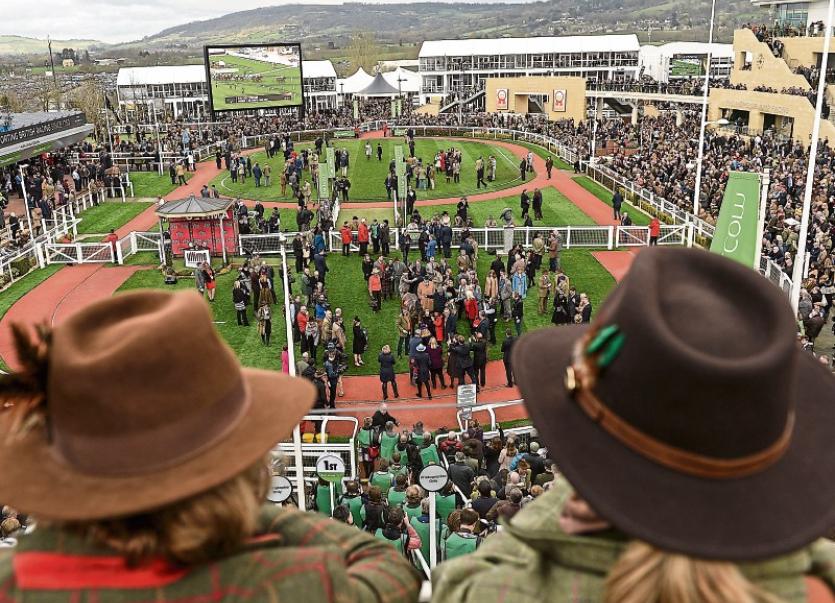 A general view of Cheltenham Racecourse

AS racing’s jumps season hits full speed on both sides of the Irish sea, the November Meeting takes centre stage at Cheltenham Racecourse from this Friday until Sunday.

The racing highlight of the November meeting, the BetVictor Gold Cup, always draws a large and high-class field for and was won last year by the popular Splash Of Ginge with Tom Bellamy in the saddle.

Saturday’s race is another open-looking renewal, but it could well be worth siding with Mister Whitaker who gamely landed the Close Brothers Novices’ Handicap Chase at last season’s Cheltenham Festival.

Mister Whitaker made an impressive winning reappearance at Carlisle recently.

At odds of about 13/1, behind market leader Rather Be, Mister Whitaker is a decent each-way bet.

Other highlights of Cheltenham’s three-day National Hunt racing bonanza this weekend, include the appearance of last year’s Grand National winner Tiger Roll in the Glenfarclas Cross-Country on Friday and Coneygree, the 2015 Gold Cup winner, in the BetVictor Handicap Chase on Saturday.