Tournafulla advance but Kildimo-Pallaskenry out of Munster club championship 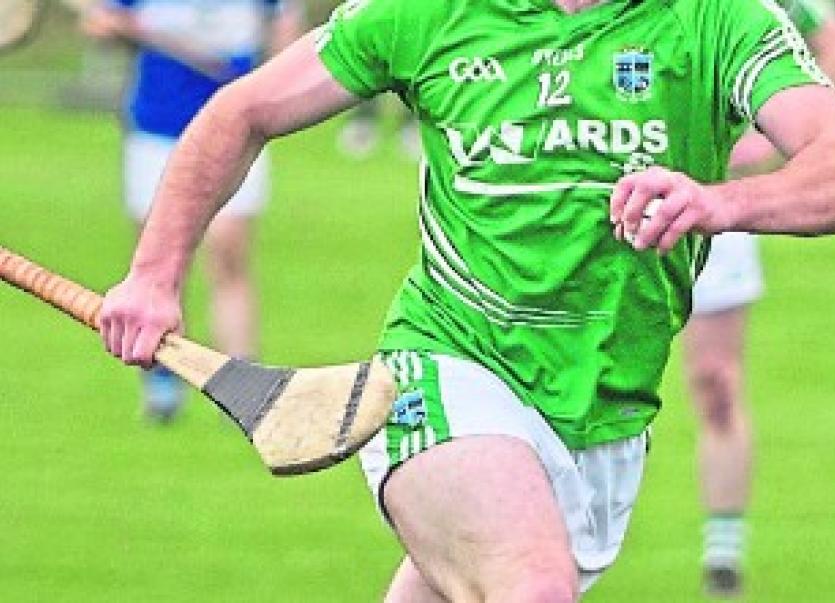 TOURNAFULLA have advanced to the semi final of the Munster club Junior A Hurling Championship.

The Limerick champions were 1-22 to 2-9 winners over Kerry's Kilgarvan this Saturday.

Defeat was Kildimo-Pallaskenry's lot - losing 2-10 to 1-7 to Cork's Dromtarriffe in their Munster club Junior A Football Championship tie.

Tournafulla must now travel away to play Ballinameela of Waterford in the provincial semi final next weekend. The west Limerick side will be bidding to reach a December 2 final against Cloughduv (Cork) or Boherlahan-Dualla (Tipperary).

Tournafulla had home advantage in this quarter final with Kilgarvan and were 0-14 to 1-7 ahead at half time.

An early second half goal from Paudie Smith moved the men in green 1-16 to 1-8 clear.

Donal O'Sullivan had a late consolation goal for the Kerry side in a game that had a lengthy stoppage for a Kilgarvan injury.

In Mallow, Kildimo-Pallaskenry finished with 12 men - they had three sent off during the six minutes of injury time.

Among four changes to their county final winning team was the introduction of All-Ireland SHC winners Kyle Hayes and Barry O'Connell.

Hayes, along with Darren O'Connell had early Kildimo-Pallaskenry points and it was 1-3 to 0-3 to the Cork side with half time approaching. Dromtarriffe then kicked 1-3 just before half time to lead 2-6 to 0-4 at the break.

The goal that Kildimo-Pallaskenry needed came in the 17th minute of the second half from Darren O'Connell to leave it 2-9 to 1-5 but it didn't kick-start a late fightback.

* See the print editions of the Limerick Leader for full match reports on both games.