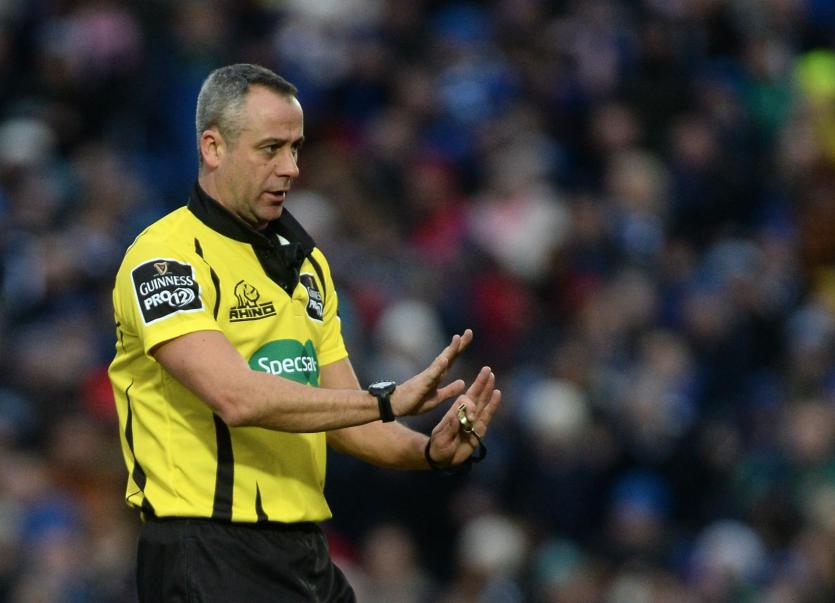 Irish international referee John Lacey has decided to retire from test officiating to take up a high performance Referee coaching and talent identification role with the IRFU.

One of the most-capped test referees in Irish rugby history, the former Shannon and Munster player has taken charge of 37 tests between 2010 and 2018, and officiated four matches at Rugby World Cup 2015.

Lacey will take charge of his final international when Argentina face the Barbarians at Twickenham on 1 December and will continue to officiate at European and Pro 14 level until the end of the current season before taking up his new role.

“John has been an outstanding servant of international officiating over a eight-year period, winning 37 caps and many friends along the way as a match official who always gave one hundred per cent to the cause.

“In particular, as a senior member of the international panel in recent years he has played a strong role in mentoring and supporting the younger members of the group and it is these qualities that will be to the fore as he begins and exciting, new chapter in his career. Everyone at World Rugby wishes him well.”

Dudley Phillips, IRFU Head of Referees commented: “John has been a leading member of the IRFU Referee Panel for a number of years and played a significant part in the teams’ transition into the professional era. He has always looked to assist younger referees and develop and progress their careers, which makes his new role such a good fit. We look forward to John joining the Referee Department and working with the dedicated Referee Development Managers, to identify and develop Irish Refereeing talent.”