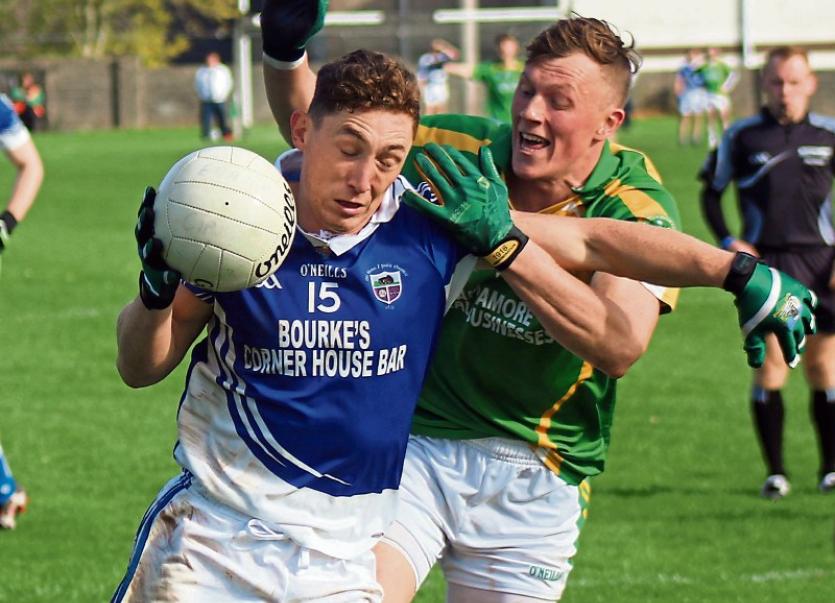 YOUNG Hurler of the Year Kyle Hayes will be involved as Kildimo-Pallaskenry bid to provide a timely boost to Limerick football this Saturday.

It’s a rare Limerick-Cork game in this grade as Kildimo-Pallaskenry bid to secure the first Munster club JAFC win since Glin won two games enroute to a provincial final appearance in 2014.

It’s a grade that has seen five Limerick sides reach the final in the last 10 years but never has a Limerick side beaten Cork or Kerry opposition.

Kildimo-Pallaskenry are captained by inter-county footballer Tony McCarthy and also include his Limerick senior colleague Peter Nash, who finished with 0-9 in the county final win over Cappamore.

All-Ireland SHC star Kyle Hayes was introduced at half time in that final and in the semi final win over Fr Caseys – playing a key role in both from midfield.

Kildimo-Pallaskenry won the Limerick JBFC in 2014 and played in the Knockaderry organised provincial Junior ‘B’ competition – beating the Cork and Tipperary champions to reach a final, where Kerry’s Valencia proved too strong.

A Kildimo-Pallaskenry win this Saturday in Mallow books a Munster semi final in Waterford against Shamrocks or Mount Sion on Saturday November 17.