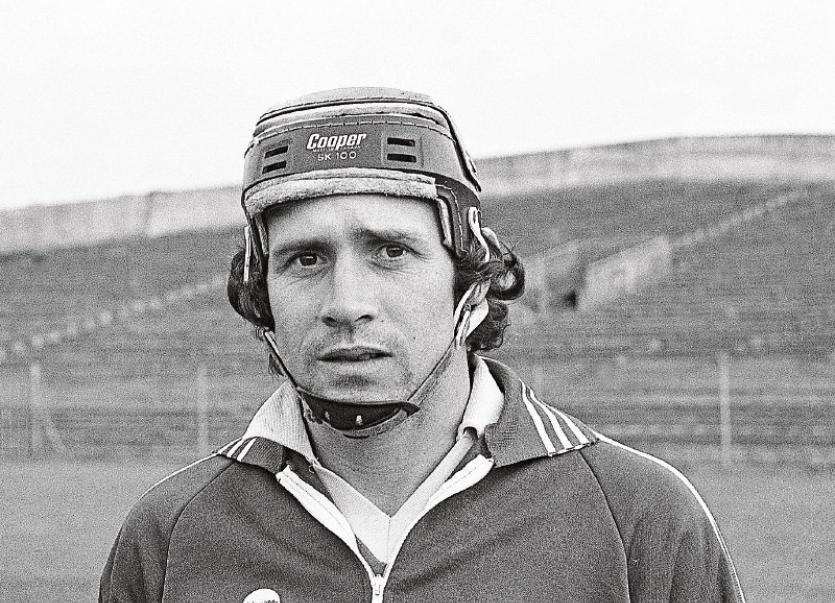 We had just about started to take in what was a great evening for Limerick hurling. Six All Stars, Young Hurler of the year and Hurler of the Year.

It was by any standards a great occasion for Limerick GAA. The stars were shining and we had only come to terms with their reflection when the very sad news broke that Leonard Enright had passed away.

He had been inducted into the hurling Hall of Fame a few weeks ago in Croke Park and at the All Stars Banquet we witnessed a very emotional tribute from past and current players in his own club.

Little did we think that a very short time later we would hear the news that one of the greatest full backs to ever play for Limerick would pass away.

On the field Leonard Enright had everything, power, speed and skill. He had a dash that few, if any, could match. He was off the mark before others knew where he had gone. It was his trademark.

Leonard Enright had no fear, he was more than able to look after himself but for all of the many great games that he played for club and county his bravery as he battled cancer was immense.

The term ‘he had no enemies’ would best apply to Leonard Enright. He was universally liked and behind such a powerful frame was a calm, quiet unassuming gentle giant. He once said, “If hurling was for making enemies I would never have played the game”.

Leonard Enright was successful at many sports, he just had natural talent that set him apart.

He had balance that allowed him dance around forwards, he held his hurley in his left hand and always fully extended to the grip.

The elbow and arm would come up as he came out with the ball, it was like his take off. Once Leonard Enright decided he was coming out he was unstoppable.

Greatness rested easy on Leonard Enright, he was never one to get carried away. Playing for club and county meant a great deal to him but at no point did he allow it get in the way of what mattered most to him.

He won titles also at all other grades and played every grade for Limerick. He won titles in many sports but to most he will be remembered as one of the greatest full backs to play the game. He played twenty one championship matches with Limerick from the 6th July 1975 to 5th of June 1988.

His first major game for the Limerick senior team was in 1970 in a vital league game against Wexford. Limerick went on to win the league that year.

He first played for Patrickswell at U-16 in a team managed by Richie Bennis. He held Richie in high regard and they were life long friends.

Speaking to me Richie said,

“He was just unreal as a hurler, friend and human being . He was humble and kind and I will miss him greatly. He gave outstanding service to his cub and to Limerick”

Leonard was part of many great Patrickswell teams that dominated Limerick hurling for a long time. I think he enjoyed playing with the club more than anything else.

The reaction amongst past and current players to his death tells us something about the man. He was held in such high regard by all that knew him. When Leonard spoke about hurling people listened. He wasn’t a man for speaking about great games he played in. He was a man of few words who set standards by his actions on the field for others to follow.

I spoke to many that played with him and against him at both club and county since his death. They all had huge respect for him. He was an honest fair player but if it was required he would stamp his authority.

I remember the 1987 National League game against Tipperary. Games between Tipperary and Limerick always had a bit of rough and tumble. Leonard Enright didn’t like what he saw and I would think Michael Doyle is still holding his jaw. Leonard gave him the prefect uppercut and that was that.

Last Sunday evening they queued for hours to pay their respects. They travelled from all over Ireland.

The Connolly brothers from Galway who played against Leonard in 1980 and 1981 were there. Joe was captain and John also gave such service to Galway.

PJ Molloy and Noel Lane were also there along with great players like Pat Fox from Tipperary and many more like Tomas O’Se the Kerry footballer, John Fenton and Eamon O’Donoghue of Cork, Christy Heffernan of Kilkenny and a host of others.

All of the great Limerick players that he played with were there and many of the current winning All Ireland team.

Michael Martin the Leader of Fianna Fáil was also present. Patrickswell came to a standstill. People stood with tears in their eyes, those that I spoke to remembered him for a variety of reasons but most of all it was for his ability as a sportsman, his humility and his nature.

Great players don’t have to say too much, their ability does the talking for them and that was very much the case with Leonard Enright.

I discussed hurling with Leonard on many occasions, his knowledge of hurling was superb.

He could read a game to perfection. On the field Leonard was always encouraging those around him. He did more talking here than anywhere else.

He was especially good to young players, he minded them and was always positive with them. Leonard Enright made friends with great ease and through his work at Mary Immaculate College he helped many young people.

It’s sad to think that he and his great friend Noreen Lynch have passed away within weeks of each other.

Leonard Enright came to the fore when Pat Hartigan was injured in 1979. Jim O’Brien came out of retirement for a short time and when Leonard took over he filled a most crucial position for Limerick.

That tells you how he dominated this position. He tamed many great forwards during his time with Limerick. Of the players he played against he had great time for John Fenton and Ray Cummins of Cork, “Ray would always keep you thinking, he was always moving”.

His funeral mass was a celebration of his life. I would think every parish in Limerick was represented.

The gifts saw a hurley and sliotar brought to the alter, a crossword and most unusually a pint of Guinness by his good friend Phil Sullivan. To applause Phil managed to avoid spilling a single drop. PJ O’Grady his brother in law delivered the eulogy and a fine one it was.

He covered all aspects of his life and told many stories about Leonard. He said it took a huge effort to get Leonard strong enough to travel to Croke Park for Induction into the Hall of Fame,

“We will never forget the efforts of the people in the oncology unit at UL Hospital”. He told us their was much more to Leonard than sport.

His family meant so much to him and he will be a great loss to them.

Leonard Enright was one of my heroes growing up. We wanted to be like so many of those men that played for Limerick.

I had the pleasure of talking and spending time with him on many occasions. He enjoyed the simple pleasures of life. His family and friends meant a great deal to Leonard. The hurlers prayer was read at the end of his mass by his son Alan, listening to the words it could well have been written for Leonard Enright.

Paul Foley put it best when he said, “it’s a very sad day but he has left us with great memories”.

God rest his soul and to his family, friends and club members I offer my sincere sympathies.