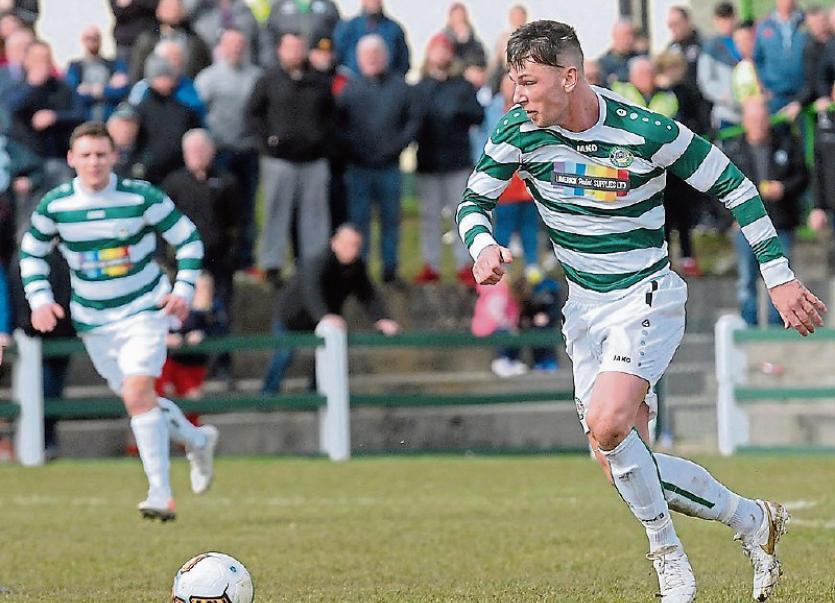 The FAI junior Cup gets down to serious business this weekend with the remaining clubs fighting it out for a place in the open draw stage of the competition.
Top billing is the all Premier clash between Fairview Rgs and Ballynanty Rvs at the Fairgreen. To say that there is little between the sides was borne out when the sides met just over a week ago in the Tuohy Cup when a scoreless draw necessitated in a penalty shoot out to separate the teams. Fairview proved more accurate on that occasion.

‘Balla’ will be anxious to gain revenge and get back to winning ways. Donal Magee's side started the season in flying form before coming unstuck when they came up against Pike Rvs a couple of weeks back.
There is little wrong with the side that a slice of luck would not put right so the Northsiders should not panic.

Fairview on the other hand started slowly but have settled the side of late and are proving a match for most sides they meet.
Don't be surprised if penalties are required again to decide the tie.
Another all-Premier encounter sees Prospect hosting Aisling Annacotty. Aisling were bitterly disappointed to exit the Munster Junior Cup at the hands of Janesboro when their efforts deserved more and they followed up with a weakened side going down to Pike Rvs last weekend.

They suffered a further blow with the news that top scorer Evan O'Connor is out for the remainder of the season. Mike Aherne and Eddie Hickey have assembled a very good young squad and show huge promise for the future.
On Sunday they meet a Prospect side yet to hit top gear this season but the home side will feel that a home cup tie in Cals Park will be something this young Aisling XI have not experienced before and hope it will be to their advantage.

Many people's favourites locally, Pike Rvs are favoured with a home tie against a young upcoming Hyde Rgs team. Few would give the Div 2A side any hope but Adrian shine's side can use it as a yardstick to see how much they have progressed.
An interesting sidebar is the clash of brothers Rainsford when Hyde defender Ciaran will be trying to keep the Leagues top scorer Darragh at bay.

Geraldines face a tricky assignment against renowned cup fighters Murroe. The Div 1A side have not been firing on all cylinders but seem capable of stepping it up when cup time comes around. 'Dines should be good enough if they approach the game with the required respect.

Moyross top Div 1A after a series of fine results. They face a tougher test when they welcome a bang in form Regional side to Moyross.
The Dooradoyle side have been very impressive in the last couple of months and will be favourites to advance but face a Moyross side with nothing to lose, who with a big support behind them could make life difficult for the Premier side.
This is like a game that Regional would have blown in years gone by but the current crop look like a different proposition, focused on a long run in the competition.

The remaining tie sees Granville at home to Newport. After Granville’s close season woes, it’s great to see them back challenging at this stage of the competition.
They will get nothing easy against an experienced Newport side in fine form.

In the Premier League Janesboro will be looking to close the gap on Pike on their visit to Kilmallock while Carew Park host Charleville with both sides rooted in the drop zone. A defeat for either could be fatal for the survival hopes