Limerick Jockey Chris Hayes is enjoying his best ever season 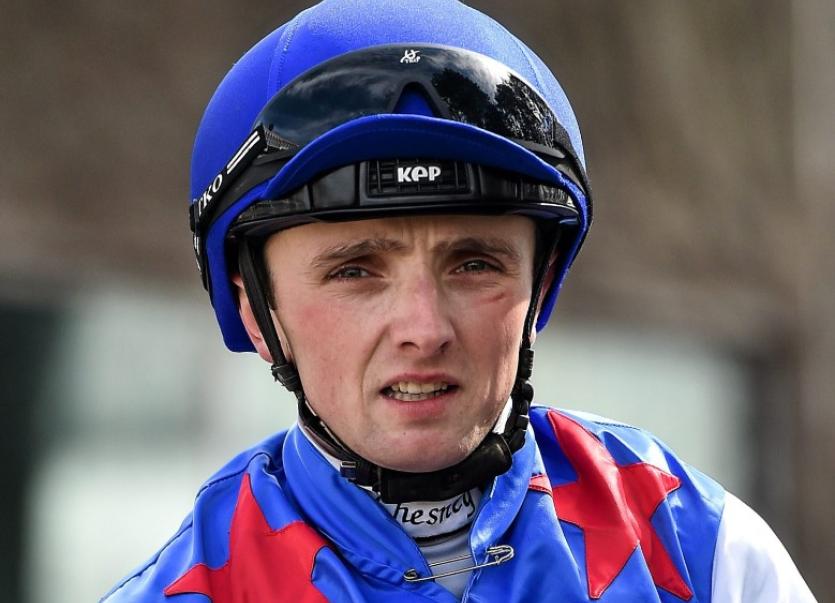 Limerick's Chris Hayes is enjoying his best season winner-wise and he brought his tally to 57 with success on the Kevin Prendergast Russian Campaign at Dundalk on Wednesday. Backed on-course from 16/1 to 6/1, the three-year-old landed the 8f handicap under the Shangolden jockey whose previous best tally of 56 winners was recorded in 2012.

Douvan, a six-time Grade 1 winner over fences and one of the leading lights in the yard of champion trainer Willie Mullins, looks set to miss this season after suffering another setback.

The eight-year-old ran only twice last season after incurring a leg injury before he was due to run in the Tingle Creek Chase, and he has now experienced more ill-fortune. At Naas on Sunday, Mullins revealed that his star performer has a lesion on a tendon at the back of his pastern.

At Horse Racing Ireland’s Winter Jumps launch early last week, Mullins announced that Rich and Susannah Ricci's chaser had suffered a hold-up, but connections were hopeful the problem was a minor one. However, clarifying the situation on Sunday, Mullins said: "Following veterinary examination it has turned out that the problem is with the same leg that troubled him a year ago. This time the injury is higher up on the leg. It's an unusual injury, although Dawn Run had a similar problem many years ago, and it looks as if it's going to be enough to keep Douvan on the sidelines this season."

Winner of the Racing Post Arkle Chase at Cheltenham in 2016, Douvan suffered a pelvic injury when disappointing in the 2017 Champion Chase. He was off the track until returning in the same Cheltenham Festival event last season, when he was leading until falling four fences from home.

He went on to finish second to stablemate Un De Sceaux in the BoyleSports Champion Chase at the Punchestown festival in April. Douvan was generally 10/1 third favourite for the Champion Chase behind Altior and Footpad, while he was also quoted for the Ryanair Chase, Magners Cheltenham Gold Cup and 32Red King George VI Chase.