Limerick duo nominated for Player of the Year award 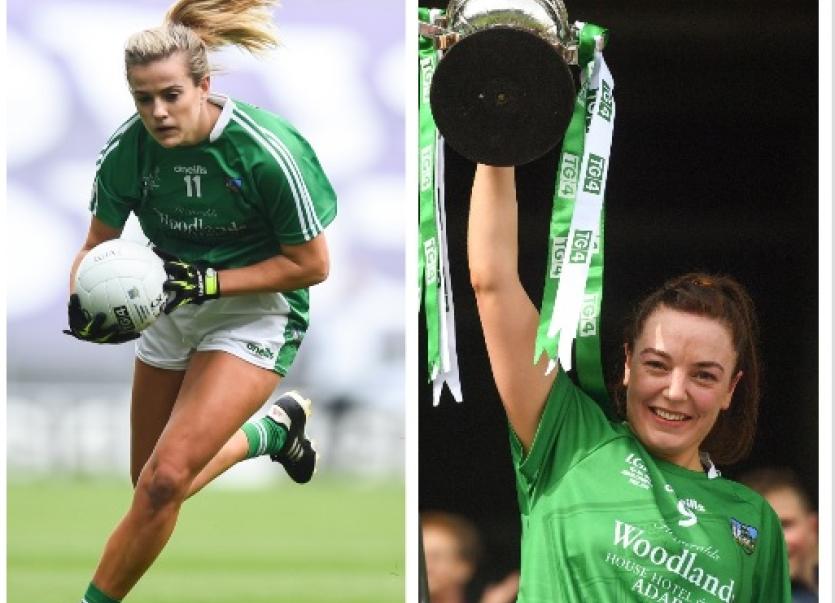 Rebecca Delee and Cathy Mee have been nominated for

The nominees have been announced for the 2018 TG4 Players’ Player of the year awards in the senior, intermediate and junior grades.

There are two Limerick players in the running for the Junior Players’ Player of the Year award, with TG4 All-Ireland winning captain Cathy Mee and Final Player of the Match Rebecca Delee both nominated.

Mee proved an inspirational skipper for the Shannonsiders this year, while Delee scored two goals against London in the TG4 All-Ireland Junior semi-final, and another brace in the Final victory against Louth.

Kate Flood, Louth’s 2018 Championship captain, is also nominated and she is a previous TG4 Junior Players’ Player of the Year award winner from 2015.

The winners will be revealed at the 2018 TG4 All-Star Awards Banquet, in association with Lidl, which will be held at the Citywest Hotel on Saturday, December 1.

There are two Dublin players in the running for the senior award, as TG4 All-Ireland winning captain Sinéad Aherne and Lyndsey Davey have been nominated.

This is the third successive year that Aherne has been nominated for the Players’ Player of the Year award, while fellow attacker Davey was previously shortlisted in 2015.

Aherne and Davey are joined in the running by Cork captain Ciara O’Sullivan, who will line out for Mourneabbey in their forthcoming All-Ireland Senior Club semi-final against Galway and Connacht champions Kilkerrin-Clonberne.

Woods, who recently collected The Croke Park Player of the Month award for August, is joined on the shortlist by Tyrone team-mate Gemma Begley and Meath captain Niamh O’Sullivan.

The nominees in all three categories have all been selected by their fellow players, who could not vote for their own team-mates.

All three of the senior Players' Player of the Year nominees are also in the running for prestigious TG4 All Star awards, along with Tyrone skipper Woods.

*(also nominated for a TG4 All Star award)