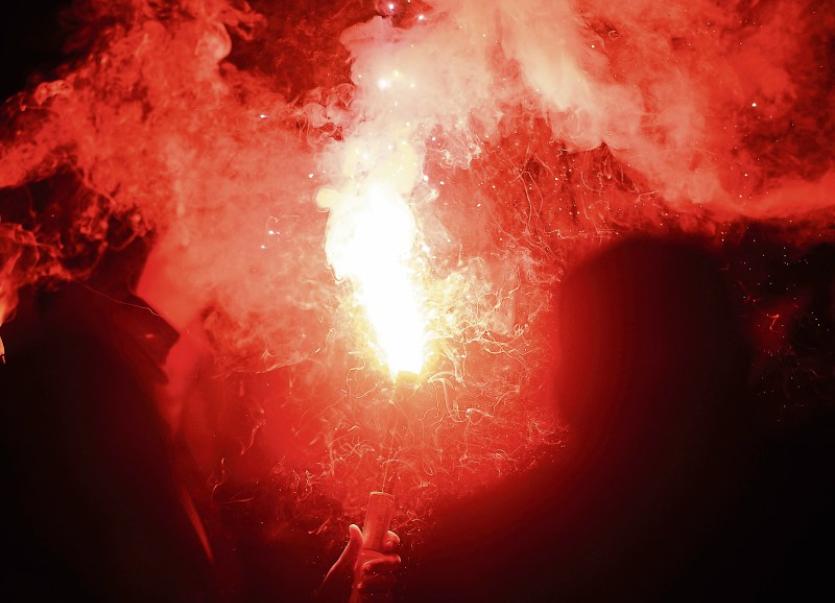 THE behaviour of a small number of young Limerick FC fans at Friday night’s SSE Airtricity League Premier Division relegation play-off clash with Finn Harps at the Markets Field has been strongly criticised in the wake of the game.

A small group of fans in the North Stand rounded verbally on their own players after Limerick fell 2-0 behind on the night and 3-0 on aggregate with 10 minutes remaining in the crucial tie.

The fans began chanting that the home players were ‘f***ing s**t’ and not fit to wear the club’s jersey.

A number of flares were also discharged in the stand which was occupied by a significant number of parents and young children.

While some supporters left the ground in the wake of Tommy Barrett’s charges falling 2-0 in arrears, several more decided to leave when the abusive chanting began and with smoke from the flares billowing through the stand.

In the lead-up to Friday night’s relegation play-off, Limerick FC had appealed to fans not to use any pyrotechnics at the game.

Limerick FC tweeted: “@LimerickFC ask supporters to PLEASE STOP using ANY pyrotechnics, flares, smoke bombs or canisters. They are strictly forbidden at the Markets Field. We know, they look great, but you need to realise the serious health risks that they pose to people in the stadium!”

A number of Limerick FC players were also allegedly verbally abused as they made their way off the playing pitch and into the dressing room after full-time.

Following this mass exodus of fans, what remained vented their frustration by burning what flares they had.@DomesticIreland pic.twitter.com/ZCdfVHk2UR

An estimated 3,000 spectators attended Friday night’s game which saw Limerick FC relegated from the Premier Division for the second time in three seasons.

Limerick FC manager Tommy Barrett described the team’s display as ‘embarrassing’ in his post-match press conference and apologised to the supporters for the performance.

Barrett said: “It’s embarrassing, to be honest an embarrassing performance. I apologise to the fans who turned up. The crowd came out, we were not good enough, simple as that.

“They were hungrier. They were better than us.”