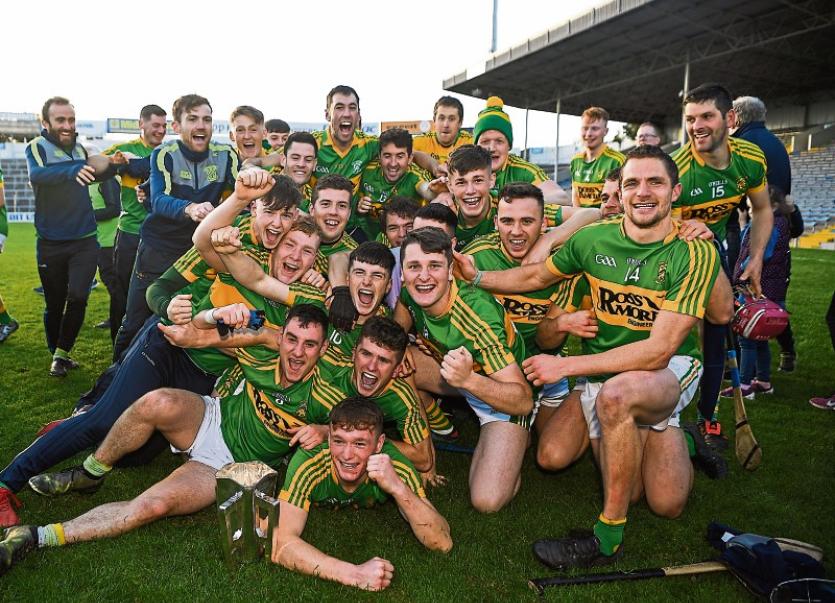 HAVING secured their fifth county senior hurling title and their first back to back success, the Na Piarsaigh players and backroom team immediately set their minds to defence mood once more.

This Sunday, November 4, at 1pm in the Gaelic Grounds, the Paul Beary managed side will look to defend their Munster club title against Clonoulty-Rossmore of Tipperary.

Na Piarsaigh are unbeaten in Munster club hurling, having added four provincial titles to each of their previous Limerick title wins.

“These guys are hugely self driven and self motivated. They make life easy for me and the management team. They are very ambitious. They know too, that this (run of titles) won't last forever. Cathall King was talking last season after winning the Munster club, that the motivation was to win back to back county titles in Limerick. They are an exceptionally special bunch of lads and we are privileged to be part of it all” admitted Paul Beary following his side's county final win over Doon last Saturday night.

“We encouraged the lads to celebrate the county win. You have to celebrate when you win things. We would be hypocritical if we told the lads to calm down the celebrations, as we had built this final up as much as we could with the players. This week we will refocus the minds” continued the first season manager.

Na Piarsaigh now have the chance to put back to back Munster crowns alongside their first ‘domestic’ double.

“We are defending another title now in terms of the Munster club championship. I know Clonoulty-Rossmore were here tonight (Saturday) to see us play. They have a head start on us in terms of preparation. We will be ready for next weekend. There will be no worry about that” continued Beary.

Fans outside of Limerick and indeed Munster might be looking at this game as a fore gone conclusion, but the Tipperary men already have one shock under their belts this season already.

Clonoulty-Rossmore upset a fancied Nenagh Eire Og to triumph in the Tipperary Water county senior hurling final at Semple Stadium, 0-23 to 2-13, a victory marked by outstanding performances by team captain John O’Keeffe and Man of the Match winner, Timmy Hammersley.

Clonoulty’s defence was magnificent and won their fourth title for them, as they “choked” the Nenagh scoring machine to an extent few anticipated from this group.