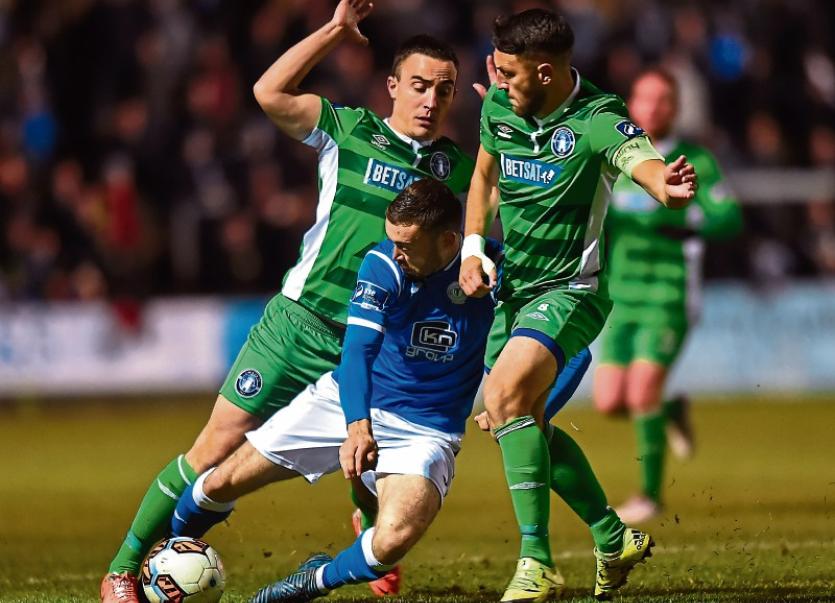 SHORTLY after 2.30am on Tuesday morning, after a 386-mile round trip to Ballybofey, the curtain came down on the first leg of Limerick FCs SSE Airtricity League Premier Division relegation play-off with Donegal's Finn Harps.

Part one of the season defining play-off fixture completed, with the moment of ultimate truth still to come at the Markets Field on Friday night.

A hundred thoughts raced through the brain as an overdue bedtime approached.

As well as those ‘Blues’ supporters who travelled by car, a couple of bus loads of fans also made the arduous trip to Finn Park. Not much glamour here on a Bank Holiday Monday.

What will Friday evening and the return leg in Garryowen bring? Could Limerick pull off the great escape with Tommy ‘Houdini’ Barrett at the helm, as the ‘Blues’ trail 1-0 from the first leg.

As a journalist covering the beat, you get a rare insight into what life is like for a footballer plying their trade in the top division of Ireland’s domestic game.

Limerick is a club with limited resources, light years away from the financial backing the likes of Dundalk and Cork City have at their disposal.

Not many Limerick players would have envisaged playing for the ‘Blues’ when they first kicked a football in their back garden or accompanied an older sibling to training.

The dream is always to make it at the highest level cross channel, but only a tiny percentage realise that dream and the odds are even more stacked against Irish players fulfilling that ambition.

Prior to the play-off, Limerick FC manager Tommy Barrett laid bare exactly what playing resources he has at his disposal through the closing months of the season.

“I have 24 players, 17 available (for recent St Pat’s game). I have eight full time pro’s, two of which are out to long term injuries in Eoin Wearen and Darren Dennehy, seven part-time pro’s and nine amateur players. That’s where we are at.”

Covering the Limerick FC beat extensively over the duration of a Premier Division League of Ireland season is rarely dull.

This season was no exception. In fact it probably topped all those that have gone before for incredible drama since Limerick’s return to the top table.

So how would relegation impact on the club should that be the Blues fate at full-time on Friday night at the Markets Field, even with such a young squad?

Tommy Barrett said: “I played long enough in that First Division. I played there 8-10 years there. Limerick were 20 years in it and we only got out of it when we had a budget.

“We have to put a plan in place where we are sustainable. People don’t understand, Pat O’Sullivan and the Board are trying to run this club. They get a lot of stick, but even if we had a €5,000 a week budget which doesn’t keep you in the Premier Division, you need €10,000-€12,000 minimum a week to keep you there.

“We are competing against a €2.7 million playing budget with the likes of Dundalk have. They deserve to have it because they have done it and got it. Cork are cutting €300,000 from their budget for next season, if we had that budget for the whole season in 2019 I would be delighted.

“That is what we are up against. First Division – no, I’d rather stay out of it.”