Are we looking at the best Limerick club team ever? - Martin Kiely 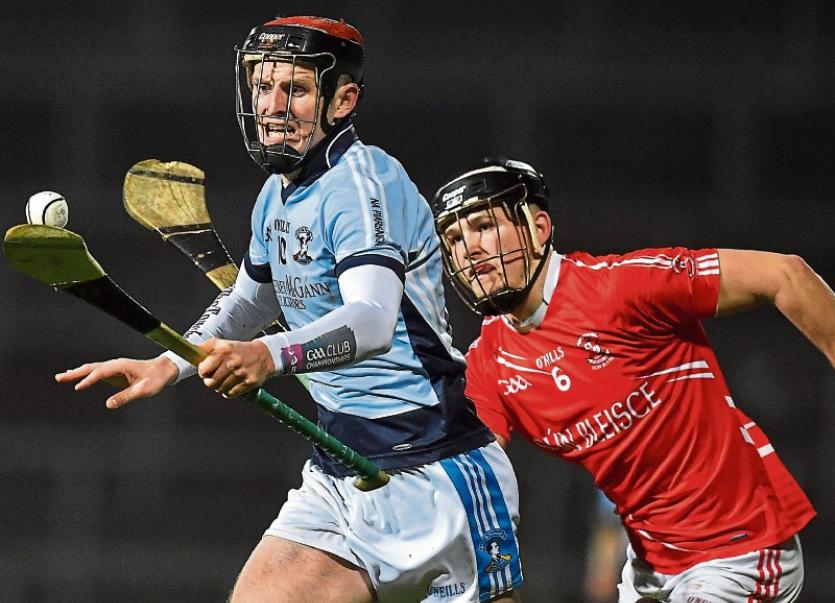 The Greatest: David Dempsey of Na Piarsaigh in action against Mikey O'Brien of Doon during the Limerick County Senior Club Hurling Championship Final. Martin Kiely believes the ‘Blues’ are the best

It was strange to be going to the Gaelic Grounds last Saturday evening for the County senior hurling final under lights.

It just didn’t feel right that the biggest game on the GAA calendar in Limerick had to be played on such a bitter cold night.

I understand the reasons why it came about but this must never be allowed happen again. Hurling is not a game that is suited to flood light conditions and we can only hope that the County Board will take this into account when making fixtures in the future.

It was a night that saw Na Piarsaigh win back to back titles for the first time. They have dominated Limerick senior hurling and indeed at Munster level also since their breakthrough in 2011.

Good teams win one title but great teams come back for more. Winning two in a row tells you the sort of desire that is within the Na Piarsaigh players. They know it won't always be that way but for now they are fully focused on setting the highest standards for themselves.

There was a time when the opportunity to win one title motivated them, but this group have taken things to a new level. I now think it’s very fair to say that we are watching the greatest club team of all time in Limerick. Their results are proof of that.

What Na Piarsaigh have achieved over the past few years is quite something. They were at one stage seen as lacking the stomach for the big day, the “city” boys that could be got at.

Well, that day is truly over. This group of players have set a standard that will be very hard to follow. This panel has come about because of the hard work of volunteers who for years could be heard honing skills particularly on a Saturday morning with young players.

Hurling requires a young lad to have mastered the basic skills before he is nine or ten years of age. From this point on it’s about perfection.

Na Piarsaigh have enjoyed great success but this current group must never forget the hard work of the people we hear nothing about now.

Paul Beary is the current manager of Na Piarsaigh. He took over from Shane O’Neill who enjoyed a great run with the team. It wasn’t easy for Beary to take over a winning team.

Sure some might point to the fact that he had such a base of players to work with but that would be very simplistic. To show his loyalty to the club he also managed the clubs U-14 team that won the county title this year also.

Paul Beary had the respect of the players and where that is the case great things are possible. To an outsider looking on they wanted to see Doon take Na Piarsaigh to the line, to their credit they played really well at times but as I have suggested before you need to be a fair bit ahead of Na Piarsaigh going into the last quarter to really trouble them.

Doon have never won the title, they were back in a senior final for the first time in eighteen years. For as long as I can remember Doon always produced good hurlers, I played against a number of them.

They were always blessed with good hands and so many of them make it look simple. The club is working harder than ever before, they have a focus to be great and I know they will have their day in the near future.

Such words will be of little consolation to them this week but Doon have lost before, they didn’t allow any of those defeats to define them and they wont allow this latest one to do so either.

Doon got the ideal start in both half’s. That opening goal by Pat Ryan gave them confidence and in the opening quarter they were the better team. They will regret the missed chances they had, poor wides from play and frees come at a cost when you are playing a team like Na Piarsaigh.

What was very noticeable about Na Piarsaigh is that even when they are playing poorly they have acquired the tools to keep the score board ticking.

Coleman moved around, he created space but all too often they didn’t fully capitalise on it.

Alan Dempsey hit some cracking points for Na Piarsaigh in the first half, his ability to read the play and shoot from distance put a lot of pressure on Doon.

Indeed Doon needed to get more from the play around the centre and that allowed Na Piarsaigh deliver targeted ball to the forwards.

David Dempsey and Adrian Breen hit some fine scores, Breen has the acceleration of a racing car, the space he opens up once possession is secured is massive. Peter Casey also did well.

Richie English kept the tabs on Kevin Downes and only came into the game when he moved out. Na Piarsaigh drew soft frees from Doon in the second half, the Doon backs were under a lot of pressure as Na Piarsaigh dragged them wide.

Na Piarsaigh were hurling within themselves and while Doon did get a late goal from Barry Murphy the game was well gone.

Doon are a proud club, they have given much to the community and to Limerick GAA. Yes they will be disappointed but they are making progress.

Na Piarsaigh had those days also and look at where they are now. As a club Doon are working very hard, young players are well looked after and this club will win a senior championship soon.

Doon have improved year on year and this group of players will have learned a lot from this defeat.

Before the game last Saturday evening I met Paddy English, father of Richie. I have known him for a very long time. A gentleman to the core, his club always meant a great deal to him.

I also met Michael O’Donnell and while it was a very cold night in the wheelchair section for both Paddy and Michael their love of hurling made sure they would not miss the game.

Jason O’Mahony was the referee for the senior game and he did a really good job. He kept control and used the whistle sparingly. He was well up with the play and also had a good interaction with the players. The job of referees is not easy and is getting harder but they play a vital part in the GAA.

It seems that Paul Neenan has been playing hurling for a century. His loyalty and contribution to his club Athlacca has been truly outstanding. The club means a huge amount to Paul Neenan and great players have a habit of putting their club first. This was a fine win for Athlacca over Croom and one that will keep the fires burning. Over the years men like Willie Neenan, Johnny Neenan, Donie and Brian Kelleher and a host of others have worked hard to keep the great traditions of the GAA alive in Athlacca. Having the Intermediate final before the senior game would have played a major role boosting the crowd.

The last few weeks have been difficult for Ahane GAA club with the loss of two former chairmen. Eamon Lawlor was chairman from 1997 to 1999 and Matt Whelan served from 1987 to 1995. Both of them served the club with great distinction and I offer my sincere sympathies to both families and the Ahane club.