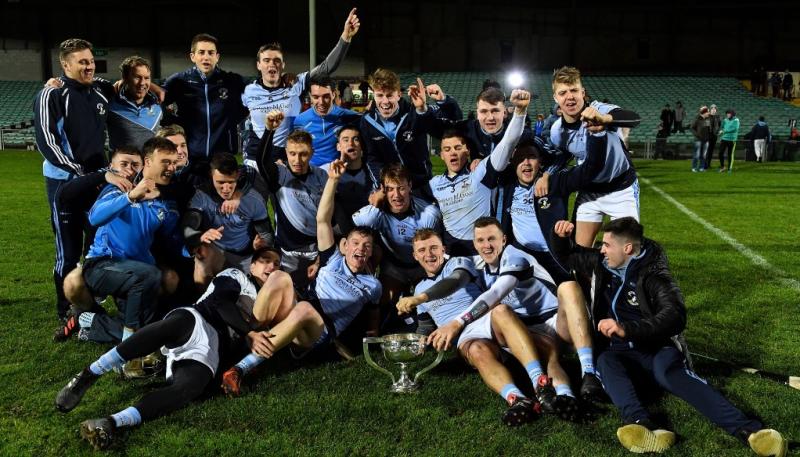 They were 2-22 to 3-10 winners over Doon in this Saturday evening in the Credit Union Limerick SHC decider, which was the first senior final played under lights.

A crowd of 7526 saw the city side win their fifth Limerick crown since their break through in 2011.

Na Piarsaigh now play Tipperary's Clonoulty-Rossmore in the Munster club semi final on Sunday November 4 in the Gaelic Grounds, at 1pm, as they start on their journey for another provincial title.

Beaten in the All-Ireland final replay just last March, the Caherdavin men denied Doon a first ever crown despite the east Limerick side finding goals at the start of both halves.

Doon had a dream start with a Pat Ryan goal inside two minutes but Na Piarsaigh were 0-11 to 1-5 up at half time.

The sides were level on five occasions but the champions ended the half with the final three points.

The Caherdavin men replied in style to the early goal with points from Dempsey brothers David and Pat and Adrian Breen to cancel out the green flag.

Barry Murphy frees and had Doon back in front but it took them until the 20th minute to score a point from play - Dean Coleman with a neat finish.

Slowly but surely Na Piarsaigh got on top in the middle third and that translated into four points from play for Alan Dempsey in the half.

Na Piarsaigh hit the front for the first time in the 22nd minute and while Doon did respond, Na Piarsaigh went to the interval dressing room three points clear with three successive points, including frees from Shane Dowling.

There was another tonic start to the second half for Doon - a goal after just 24-seconds for Dean Coleman. Barry Murphy soloed through the middle and Coleman found the net with a one-handed finish.

That levelled the game but Na Piarsaigh soon had a goal of their own - David Dempsey with a delightful flick after a Peter Casey pass. That left it 1-13 to 2-5.

Adrian Breen and Dowling added points and entering the final quarter it was 1-16 to 2-7.

Further Murphy frees edged Doon closer but the champions all but sealed the win with their second goal in the 19th minute of the second half - a bullet of a finish from Adrian Breen.

When Peter Casey added a point it was an eighth point lead with 10-minutes to play.

There was a late Barry Murphy goal but no denying Na Piarsaigh a fifth title in eight years with nine points to spare.