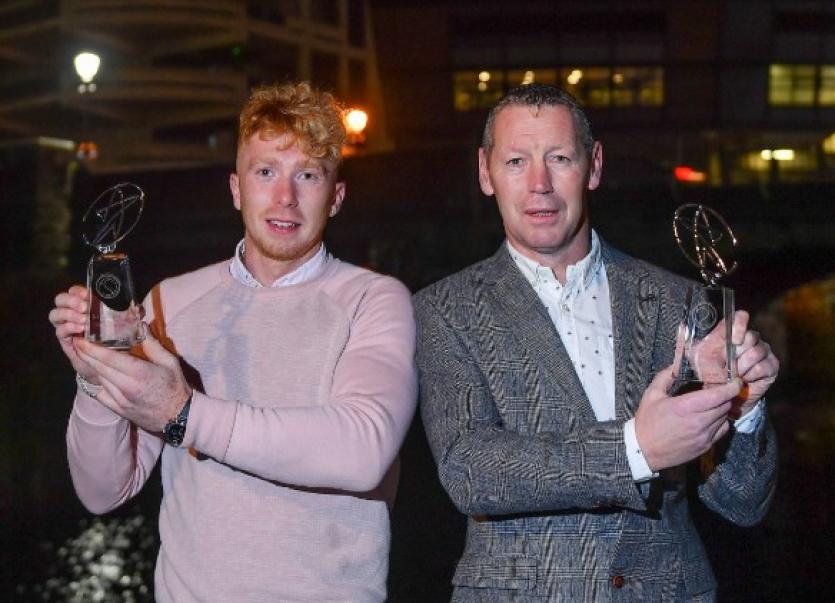 The Limerick hurling legend was speaking this Friday night at the Gaelic Writer's Association awards, where he was inducted into the Hall of Fame.

"To be fair, watching their journey, your emotions would have been totally different from the start of the year to the tail end of the year. Definitely by the time they got to Croke Park you could turn around and say, yeah, it was a huge, huge emotional journey. Even for past players, I'd imagine. I haven't met a whole pile of them but for myself personally it was spiritually and emotionally a beautiful journey throughout the year," explained Ciaran Carey.

"As I said, as it got to the business end of the year, emotions would have been huge for most past players I'd imagine. If it wasn't, they mustn't be that human!" he said.

"Once it settled then Limerick, in my own opinion, were actually dominant and in charge in most areas of the field really. Being honest, watching the game it was the type of game you could enjoy. I was enjoying the match because I felt that we were in control in a lot of areas in the field, really. Especially the full-forward line, I felt 13, 14, and 15 for Limerick had the Galway full back line in serious trouble. It was going so well for so long and then it finished the way it did. There was a bit of a tremor in the last five or six minutes. At that stage alright I would have said, 'uh, oh, what's going on here?' Thankfully they held out and it was just a flood of emotion then, really. I'd be telling lies if I didn't say I cried and shed a tear when I saw Tom Condon coming out with that last ball," he revealed.

Made all the more special, with his nephew Cian Lynch on the team.

"Without a doubt, yeah. I suppose we're lucky in Patrickswell, we always had a fairly strong representation from our club with Limerick. From that point of view it would have been extra special for the club. When your own nephew is playing it obviously brings the emotion to a seriously high level compared to if you hadn't blood involved."

Carey said that Lynch played with freedom this year.

"I suppose his introduction to senior would have been slightly derailed at the start because they were trying to find a home for him, a position where he was going to be most comfortable. It took a bit of tweaking, and, as you rightly pointed out, the big change for me this year watching him, he was hurling with total freedom. He was at ease. He was hurling without a care in the world. Ideally that's what you want from every player really. To maximise your potential you want someone going out very mentally solid and sound. Usually players who go out in that frame of mind will deliver the goods," said Carey.

Carey is hoping that Limerick haven't reached their pinnacle, but insists there should be no pressure on the team for 2019.

"We don't want to be putting a squeeze on them this early. But, yeah, when you look at the big picture, when you look at the average age of the Limerick squad, now that they're after getting a taste of this, I'm sure they'll want a taste of more. That's the way it should be. There's no point winning an All-Ireland if you go for another 10 or 15 years without one. You need to strike while the iron is hot. Obviously there's going to be extra pressure put on them in the coming season because they're All-Ireland champions, and proper order. Whoever is the biggest gun in the country, most teams want to have a crack at them to judge themselves personally as an individual, and you want to judge yourself against a squad."

The former Limerick captain said that 2018 had no bearing on his personal disappointments from the 1990s.

"To be honest, '94 and '96 are well and truly gone. I'm at peace with that a long time ago. I've no notion of bringing that regret into my fifties, sixties, and seventies. I'm pretty okay with that. At the end of the day it's a game, it's sport, we got so far and we didn't cross the line, we didn't win it. Okay, it took a bit of a while for the pill to be swallowed emotionally to get through it and be able to park it and say, right, we had a good time but we didn't win an All-Ireland. Of course it makes it that bit easier now. It makes it that bit easier because Limerick have been starving and crying out for an All-Ireland since 1973. Now that they're after doing it, you know, the pressure is off now. The pressure is off now for the supporters, the past players, past management. There was a huge deal that was made of this, to be fair, because any fella who would have worn the Limerick jersey from '74 to 2018, ultimately that's what they went out to achieve. So that will tell you the enormity of it. Myself personally, if they didn't win it this year would it emotionally cripple Ciaran Carey or hijack me emotionally, no it wouldn't," he laughed

"But, as I said, it was fair special to see history being made this year.It was absolutely beautiful spiritually and emotionally. It was massive to see it and massive emotionally for myself as well, especially when Cian was involved."

Carey revealed that he has just after qualifying in psychotherapy counselling with addiction - graduating next month,.

"I kind of pulled the managerial side for about two years. I just wanted to finish this through because that needed all of my time, really. Going back as a mature student can be difficult so it needed all my attention," he explained.

Carey works in Cuan Mhuire Residential Treatment Centre (in Bruree) but hopes to open up his own clinic in Limerick City for one-to-ones and group therapy.

"It wasn't a Masters. I did my diploma about three years ago then I took a year off before going back to get my full BA Honours Degree in Psychotherapy Counselling. It was a tough journey because I went back in 2010/11 and I did my diploma at that time. I got heavily involved with the hurling then so I parked up the academic side of it. I went back there again then last year, thank God. It was a fair struggle. The learning part of it was fine, but where it pinched for me really was, if someone wants to drive a car they have to be given a provisional licence. I hadn't my provisional licence for a lap-top or a computer! That was the big stumbling block, but thankfully I got plenty of help. My son and daughter were still in College and a very good friend of mine so I had plenty of help around that," he outlined.

"I'll be honest, getting this was equally as important as if I could have won an All-Ireland title. That's how much it means to me," he said of his qualification.