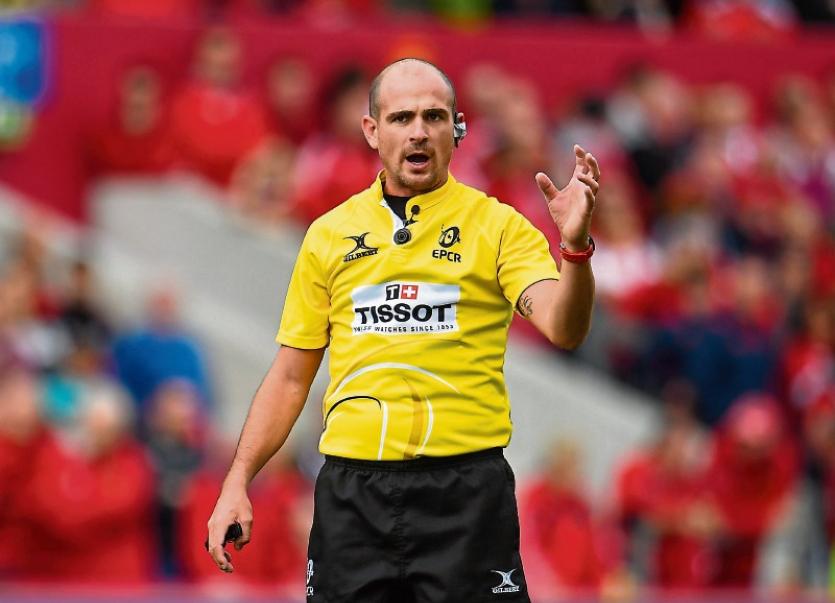 Alexandre Ruiz, the man in the middle for Gloucester v Munster

An 80-minute rugby game kicked-off at 1pm on Saturday and didn’t finish until after 3pm!

The sense of frustration among supporters at Thomond Park in a crowd of more than 23,000 with the stop-start nature of the game was obvious, even allowing for the fact that Munster enjoyed a bonus point win.

Of course, given the physical nature of modern rugby, stoppages in play for injuries are inevitable and there were a number of those on Saturday.

The issue is with the stoppages to consult with the Television Match Official.

No one for a minute would argue with the need for the match officials to get the big calls in games right and to this end, the TMO has an important role to play.

However, the problem on Saturday – and it also happens with some other match officials also – is the feeling that the TMO must be consulted on almost every big decision during the course of the game.

It was applied in the case of potential illegal tackles, whether a try was scored, to determine if a pass was forward.

Referees need to trust their eyes and their instinct. To referee at big Champions Cup fixtures, they have to possess a high level of competency. So the officials should back themselves to make the right call.

If fixtures regularly take more than two hours to play, it’s going to turn supporters off attending or tuning in to watch on TV.