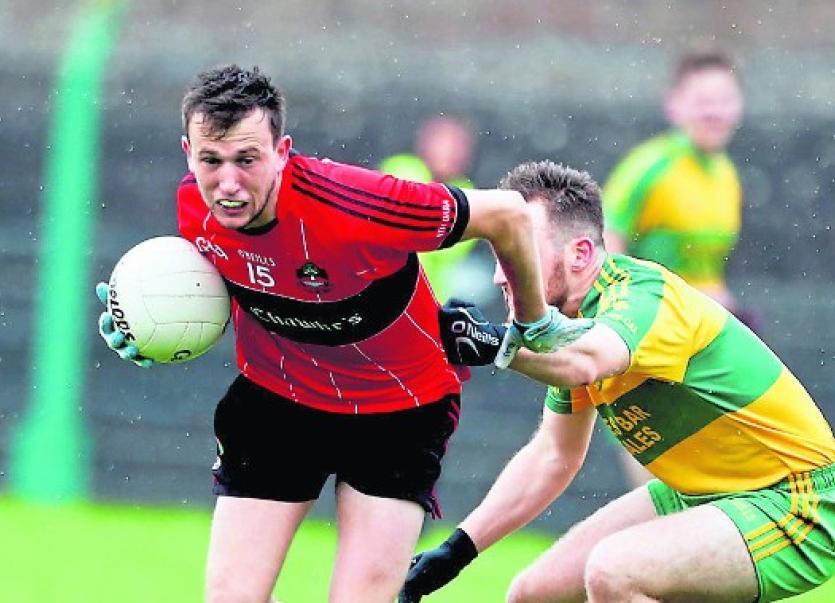 Adare are back-to-back Limerick SFC winners after a 1-13 to 0-12 final win over Ballylanders.

The Harry Gleeson managed side had an injury time goal from Charlie McCarthy to seal the win in Newcastle West.

They trailed by four points at half time but were ahead after 12-minutes of the second half of the Irish Wire Products sponsored championship.

Adare will now be bidding to earn a first Limerick win, since 2008, in the Munster club SFC when they play Waterford champions Kilrossanty or The Nire on November 4 at a Limerick venue in the provincial quarter final.

In this entertaining county final, Ballylanders were 0-9 to 0-5 ahead at half time.

It was a 30-minute spell that saw champions Adare kick six wides, while underdogs Ballylanders had just two.

Ballylanders were dealt a pre-match blow with full back Shane Fox and full forward Eoin Walsh both ruled out through injury.

Kieran O'Callaghan was one of the late replacements and kicked four first half points as the south Limerick men brought a four point interval lead into the break.

A Robbie Bourke free opened the scoring after five minutes but Ballylanders were 0-5 to 0-1 ahead at the mid-point of the half with Danny Frewen and Jimmy Barry Murphy scoring from play.

Mikey Lyons ended an 11-minute Adare period without a score to settle the champions - 0-5 to 0-2.

Stephen Keeley, Hugh Bourke and Mark Connolly had successive points to leave it 0-6 to 0-5 with 24-minutes played.

There was more urgency to Adare on the restart and they were ahead, 0-10 to 0-9 after 12 minutes of play.

Two fine Jack English points helped cut the lead and then Hugh Bourke had Adare ahead.

It was soon six successive points for Adare with a third for English, who named Man of the Match.

Wing back Paul Maher stretched the lead out to three points before Ballylanders finally reopened their account in the 15th minute of the half - Ciaran Kelly with a neat finish.

Adare were to score just once in the final 14-minutes - the injury time goal.