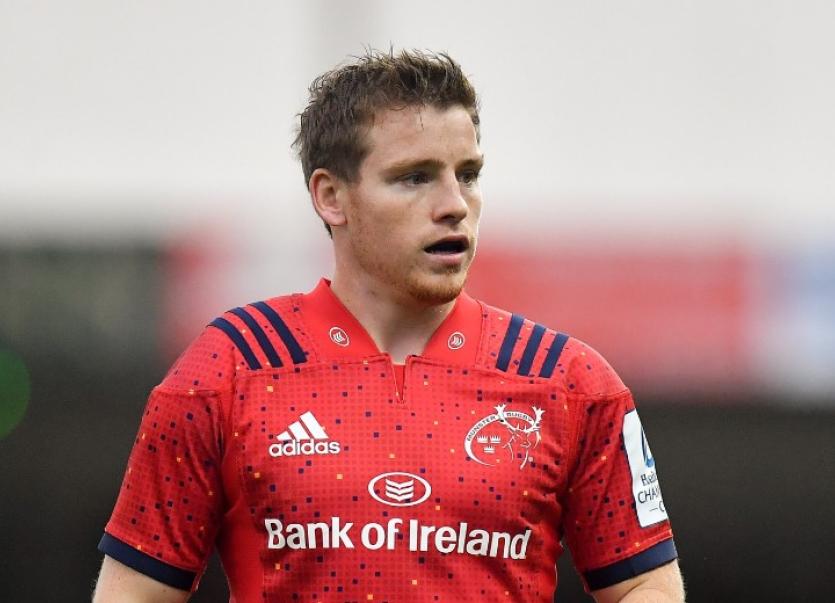 Neil Cronin has extended his stay at the province until 2021

MUNSTER Rugby and the IRFU have this Thursday confirmed that Chris Cloete, James Cronin, Neil Cronin, Chris Farrell and Tommy O’Donnell have all signed contract extensions, while Leinster scrum-half Nick McCarthy is set to join the province.

In more contract news Greencore Munster Academy duo Gavin Coombes and Shane Daly will join the senior ranks next season having already made their Pro14 debuts from the academy set up.

Chris Farrell has put pen to paper on a three-year deal that will see him remain with the province until 2022, while Chris Cloete has added two years onto his current three-year deal bringing him up to 2022 also.

New arrival Nick McCarthy will make the move from Leinster at the start of the 2019/20 season after signing a two-year deal. The 23-year-old has made 30 appearances in blue to date, scoring three tries. A former Ireland U-20s player he made 18 appearances over two 6 Nations and World Championship campaigns.

Limerick scrum-half Neil Cronin made his return to professional rugby at the start of the season off the back of impressive performances with his club side Garryowen FC in the All Ireland League. The 25-year-old will have to put the teaching career on further hold as he continues with the province until 2021.

On making seven appearances in red he made his Champions Cup debut against Exeter Chiefs last weekend.

Making his debut against Dragons in November 2017, South African back row Cloete made quite an impression in his first season, scoring three tries in his 10 starts. The 27-year-old has made 14 appearances for the province.