Building for the future important for Ballylanders ahead of final bid 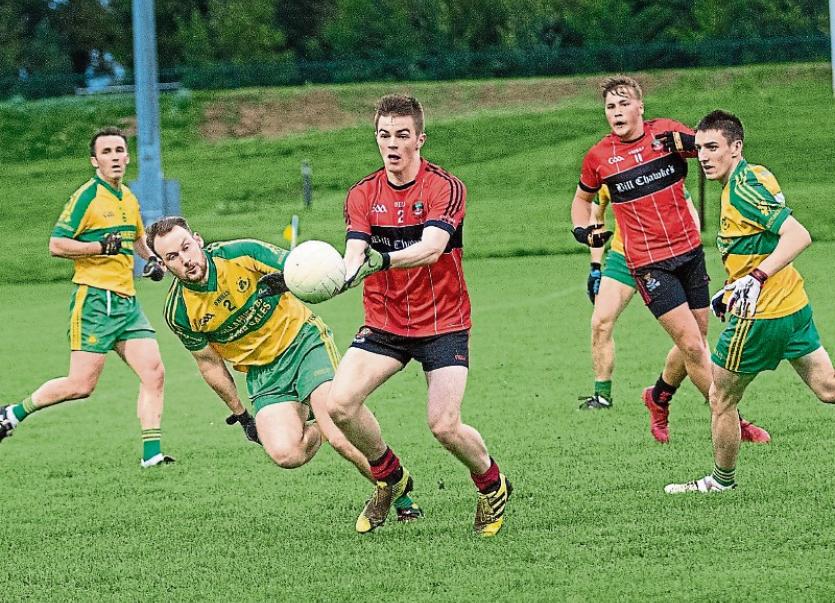 BALLYLANDERS won the last of their four Limerick SFC titles in 2014.

Two years later they found themselves in relegation trouble and needed a play-off win over Pallasgreen to remain in the senior ranks.

“In 2016 we were in a relegation play-off and the whole club came to the fore and everyone gave a hand because no one wanted to see the club going down and since then on we wanted to get everything right. If you come down on a Tuesday evening now, you won’t get a corner in the field with the amount of underage that are there,” explained Fox.

“All the right steps are now being done - some of the seniors are training the minors and U-16s and there are a lot of us involved with the senior set-ups that are also there on Tuesday nights with the U-8s or U-10s or U-12s and that’s what a club is about,” he stressed.

For Ballylanders’ Sunday is a seventh ever SFC final.

“It’s why you go back in January and February and train in the mud and rain, because you want to be here and we are looking forward to it - the whole club, village, community. It gives a good buzz around the place. What I see is kids - when you start winning, you can see the extra Ballylanders jersey or top around instead of a Limerick top or Barcelona top, its a Bally top. That’s what we are trying to promote - keeping youngsters involved in the club and the GAA.”

He added: “When you get to a county final, you want the whole club and community involved”.

But by their own admission, a county title wasn’t the initial target for 2018.

Ballylanders were champions in 2007, prior to 2014 and eight players that saw action in that decider are still part of their plans.

“The satisfying thing this year, we weren’t relying on the more experienced or older guys, it is the younger guys coming through and they have stepped up. Everyone has stepped up to be fair and when someone isn’t going well or out injured, there is someone else to step in,” said Micko Fox.

“We have a tight enough squad and we haven't had a fully fit squad all year but the next man in always knows his job and steps up to the plate.”

Ballylanders and Adare have met three times in championship football in the last 12-months with the south Limerick men yet to taste success.

“They (Adare) play a good style of football and I enjoy the way they play football. They are favourites and haven’t lost a game as champions. It will be a challenge but it’s not a cliche but we have only focused on ourselves. You have to respect who you are coming up against but if we can get all of our parts right and work-rate right, I can guarantee Adare will now they are in a game,” said the Bally manager.

“​We played them earlier on in the year but it’s like a different season because of the big break. You can’t read a massive amount into it but there are certain things we will take out of it. If we look after our own side, Adare will know they are in a game,” promised the Ballylanders manager.