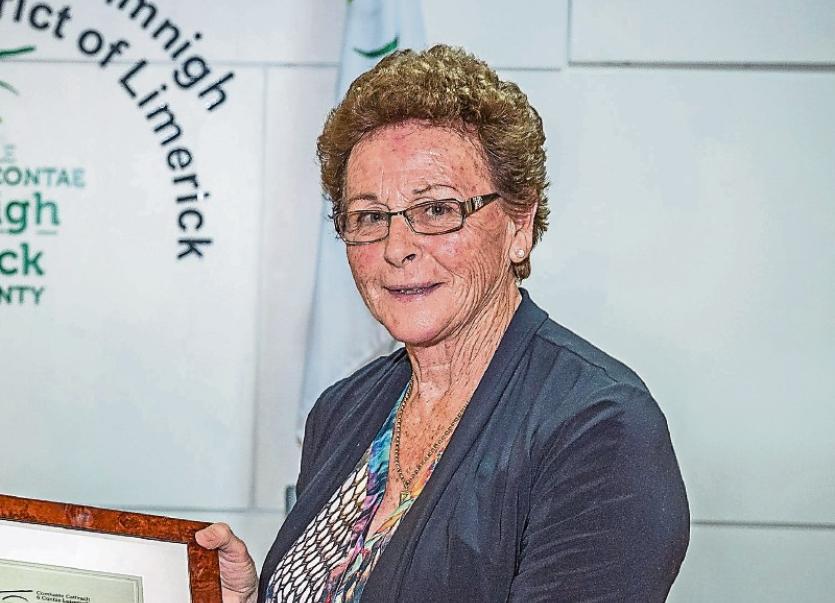 An icon in sport and education received the call from God last week. It came suddenly and far too soon.

Noreen Lynch was a pioneering lady that set the foundation for so many sports at Mary Immaculate College.

Anyone that had the pleasure of knowing Noreen Lynch will tell you of the many qualities she possessed. When it came to preparing teams she was tough, she was in many ways ahead of her time but more than anything Noreen Lynch was a people person.

She brought people together, she helped where possible and was particularly proud of the many students that passed through the gates of Mary Immaculate college.

She was associated with so many sports but she became best known to many people in Limerick through her involvement in preparing Limerick teams over the years.

Mary Immaculate college is small compared to most of the major colleges in Ireland but the persistence of Noreen Lynch played a key part in the development of sport and particularly the GAA. The role that she played was central to many of the successes the college enjoyed years later.

I first met Noreen Lynch in 1983. She was a bundle of energy and always had a positive word. She knew how to develop people and it didn’t take her long to win their trust.

Noreen could be sharp, she could spot you mile away if you weren’t putting in the right effort. For the last thirty five years we would meet every now again. She was always interesting and always wanted to know how people, teams and players were doing. A little time in the company of Noreen Lynch was well spent. You left her feeling better and she always had the parting word.

People travelled from all parts of the country to her funeral. It was fitting that she reposed in the church in Mary Immaculate college. The campus was very much part of her life and during her thirty five years with the college she put in a huge personal effort to grow and develop the college and its ethos.

As people gathered at the college last week it was interesting to hear how they described Noreen Lynch. They used words like, larger than life, a visionary, she dedicated her life to Mary I.

I could add many more words because it was clear Noreen Lynch had made a lasting impression, she left a legacy and values that have stood the test of time. It was interesting to see the reaction on social media to her death. Shock and disbelief were used frequently but more than anything it was her care, interest and loyalty to students that set her apart.

To Noreen it was about creating the conditions that saw young people grow and develop. She managed to do that for so many. She was a kind, warm and generous lady and won the respect of so many.

She always wanted Mary Immaculate college to be serious about sport and the role it played in the development of the college. She was the woman that set the guidelines for such development and were it not for her drive and ambition they might never have won the Fitzgibbon Cup. Club and county players travelled to pay respects to Noreen Lynch. They valued what she had done for them and the lasting impact she had in their careers. It takes a special person to have such an impact and it shows the qualities that just came naturally to Noreen Lynch.

Eamon Cregan was just one of the many great GAA players that attended the funeral. Cregan and Noreen Lynch worked to the betterment of GAA at Mary Immaculate college and this week he told me what she meant to him and to the sporting fraternity at the college, “ Noreen was just a dynamo, she had great energy and her passion got the best from everyone. She was the person that played the most significant role in developing GAA at Mary Immaculate college.

“She played the role of developing young men and women that would later go onto teach in national schools around Ireland. I think her role should have been acknowledged at the highest level in the GAA. She had such an impact on those young people and they went on to play a crucial role in schools and clubs in every part of Ireland.”

Eamon Cregan himself has been instrumental in making the college hugely respected. He was rewarded when they made the Fitzgibbon Cup breakthrough in 2016 and they added another the following year.

“I first started working with Noreen in 1993. I had known her prior to that but she got me involved and the rest is history. My link with the college only ended in 2016 and through good days and bad we never stopped working to try and develop the games. Noreen provided the foundation stone, she built it block by block, when she came up against high walls she found a way to go around them. It takes a great person to have such drive, ambition, leadership and Noreen Lynch had all of those qualities and more. She was a very special person and she will be greatly missed.”

Limericks All Ireland win has proven to be fertile ground for those peddling counterfeit products and pictures in Limerick both before and after the All Ireland.

In the last two weeks stories have emerged of pictures of the squad going for as high as €300.

Of course Limerick GAA will have the official team picture out very soon but they have been dealt a blow with the counterfeit picture.

I mentioned last week that Doon had matured during this season and they took another vital step forward last weekend when they narrowly saw off Patrickswell.

Semi finals are all about winning and the margin of victory will matter little on County Final day. It was great to see Dinny Maloney seal the day for Doon. This man has seen a lot of hardship on the hurling field. Those injuries would have asked serious questions of others but Maloney was always a man of some steel.

His services to Doon are not just the field and now as part of the teaching staff at Doon National school he is preparing the young hurlers of the future.

Na Piarsaigh will provide the opposition in the final and that has the makings of the great game. Little has separated these teams from juvenile to senior and I expect this final to be a very close affair.