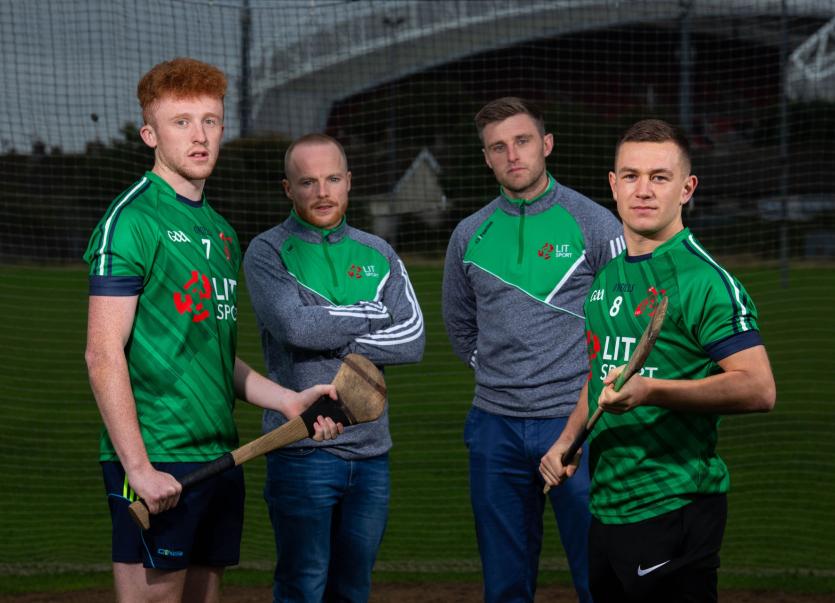 The Clonlara man was previously involved as an LIT selector under Davy Fitzgerald, who stepped down recently after 16 years in the role.

Fitzgerald, a former Na Piarsaigh goalkeeper, was previously Limerick U-21 hurling manager and is currently managing the Nenagh Eire Og side that have reached the Tipperary SHC final.

Mikey Kiely previously played Fitzgibbon Cup hurling with LIT and worked with Jimmy Browne with the Clare U-21s. Kiely comes to LIT after working as strength and conditioning coach with the All-Ireland U-21 winning Limerick side of 2017.

Also in the management team are John Carey, a performance coach who has worked with a number of athletes and GAA teams and Donnacha McNamara, who is Dean of Business in LIT, and a former Irish and Munster rugby colleges coach currently connected with Monaleen GAA club.

“I was honoured to be asked by LIT President, Vincent Cunnane to take on the role.  The management team comprises extensive coaching, management and playing experience at the highest level.  We have a clear vision of the importance of sport - and particularly hurling - in college life and a shared view of how the game can be played," said new manager Jimmy Browne.

“One of the key elements of the management team focus will be management of player training load and we will be focused on delivering a balance between training, matches and the players’ county and club commitments, while ensuring that they have time to concentrate on their studies," outlined Browne.

“We are taking over the reins from Davy Fitzgerald, who has played a critical role in the development of hurling in LIT.  While Davy is in a new role in the institute, we will be building on his legacy to ensure that our players are afforded every opportunity to fulfill their potential – both on and off the field of play," said the Clonlara clubman.

“The Standards of preparation required for Fitzgibbon are exceptionally high – it is a premier competition, which is highly prized by players and consequently extremely competitive. As a management team, we are looking forward collectively to bringing this experience and passion to the current group of players. The strength and attraction of Fitzgibbon is the bond that it creates amongst players and the collective spirit it engenders.”