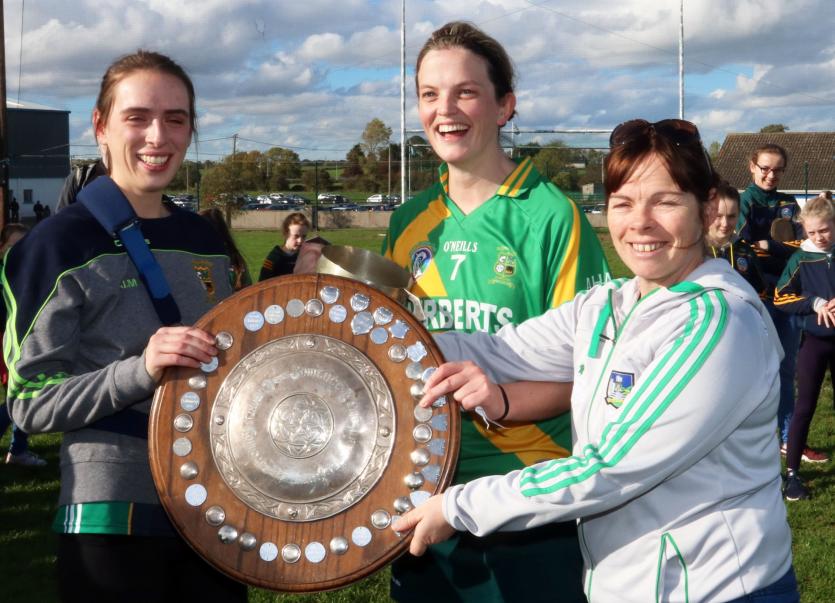 The Ahane panel rejoice in victory

Forty-two years of frustration ended before a record attendance in Croagh on Sunday when Ahane reversed defeats in the two previous finals to bring the county senior camogie title back to Castleconnell for the first time since 1976.

A whirlwind start gave them a three point cushion in as many minutes before they clinically throttled Granagh-Ballingarry’s attempts to pull themselves back into contention before half-time.

Chasing their fifth title in a row and their twenty-fifth in all, the champions responded on the restart but such was the tigerish grip of the Ahane defence that they failed to score from play until nine minutes from the end of normal time. By then, it was too late as Orla Curtin’s goal saw them trail by eleven at the three-quarter mark and their late rally was more a case of consolation than of recovery. 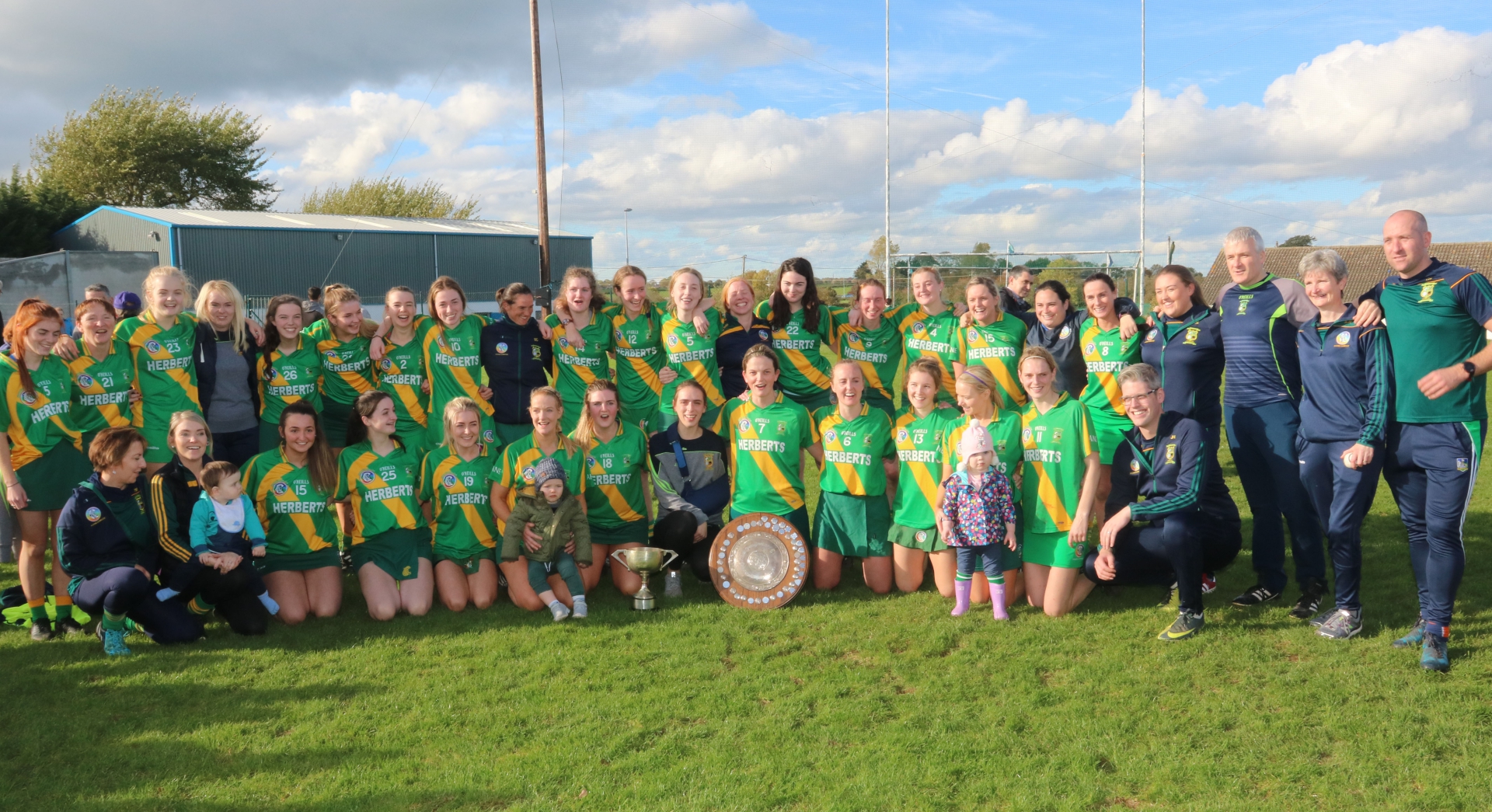 Ahane, or Niamh Mulcahy to be precise, got moving right from the throw-in.The county star had already struck from play, from a ‘45’ after Curtin’s block on a clearance had been deflected and again from play, before the champions even got out of their own half.

Even when they did, their attacks were shut out by a ravenous Ahane defence as Mulcahy stretched the gap to four.

Matters improved for Granagh when Sarah Carey and Rebecca Noonan gave them more possession in the middle third and two fouls drawn for Noonan to punish got them off the mark. However, they missed a few chances to draw closer before Curtin got the Castleconnell club’s scoring in motion again.

Mulcahy then opened up, sending the puckout back over the bar and adding a free off the next one. Her two strikes from the wings moved Ahane’s lead to seven before Noonan replied from a free. Sub Suzy McGovern had the last score of the half which left her side leading 0-10 to 0-3.

The Knockfierna girls gave it everything they had on the restart as they pinned their opponents back in their half but they couldn’t force the openings and had to settle for two Noonan frees. Ahane settled as Mulcahy dropped deeper to beef up their presence in the middle as Margurita McCarthy pointed in reply.

Aisling Scully was just inches wide of pulling the gap back to two and that missed goal chance was compounded when Curtin collected off a long free and drove to the net. 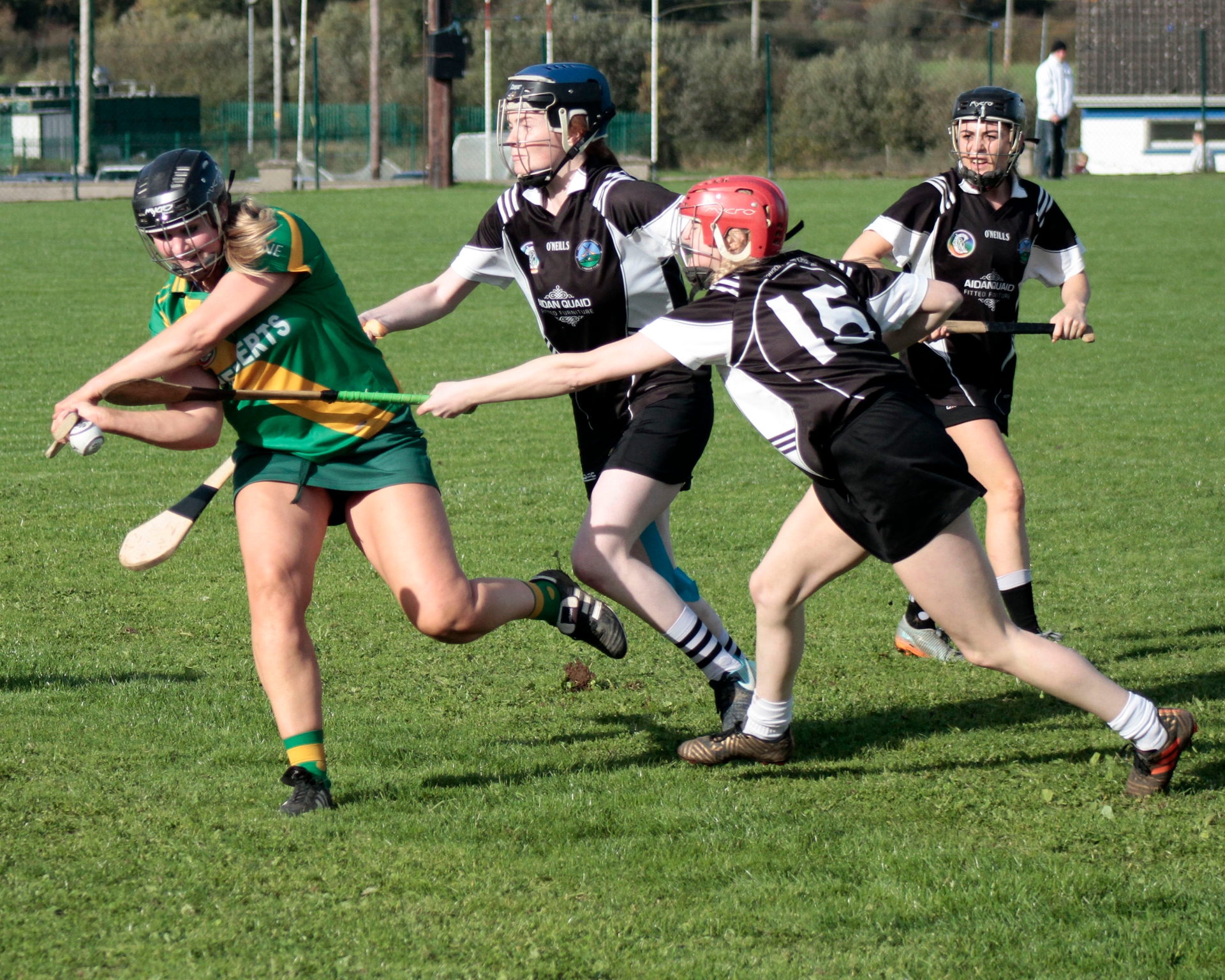 When she and Áine Reynolds followed up, Ahane could afford to settle for containment but their defence kept their focus to restrict the response to another Noonan free and Mairéad Fitzgerald getting Granagh’s first score from play.

A glimmer of hope opened when Fitzgerald pulled to the net after Aisling Scully’s shot was saved but Reynolds pointed off the puckout and scoring ended with Vera Sheehan being met by Mulcahy’s free.

So the ultimate prize goes to Ahane with celebrations planned for this evening in the village of Castleconnell. The team are due back at Daly’s Cross at 6pm, they will do a tour of Castleconnell Village, ending in Herberts Bar, the team's main sponsor.