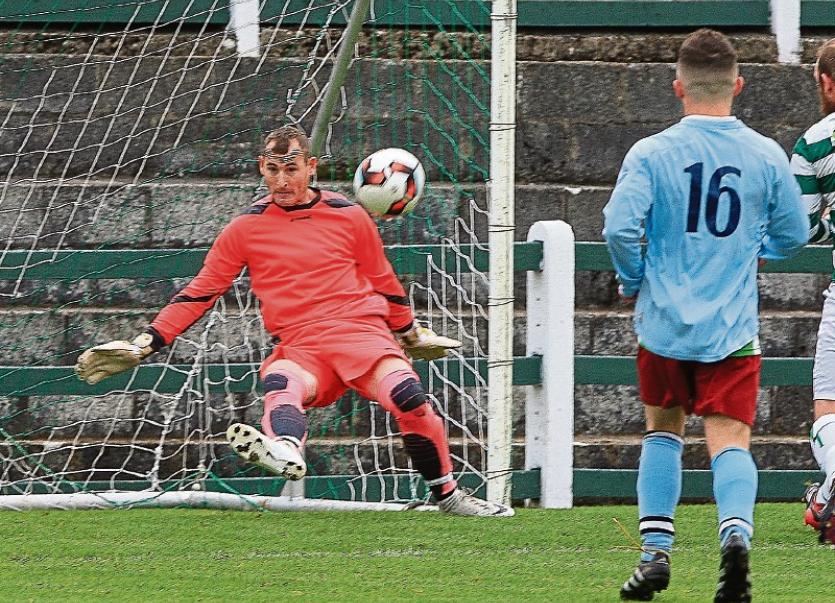 Junior Soccer this weekend will see attention split across FAI, MFA and Tuohy Cups along with some key games also scheduled in the lower leagues.

The FAI Junior Cup, as always, will be the key focus even though the Munster Junior Cup has thrown up more appealing ties.

Mungret Regional have been flying it in the League but came a cropper when they met Regional Utd in the MFA Cup. The step up in class was obvious. They will find that out again on Sunday as they meet a Pike side in full flow.

Mungret are a very young side and the experience will stand to them but it's hard to see Pike slipping up.

The tie of the day in the FAI is the all-Premier clash between Nenagh and Regional Utd. Much has been made of Regional's form this season while Nenagh's steadying of the ship has gone largely unnoticed.

The Tipperary side suffered several defections pre-season but seem to have a settled side now and will give Regional a tough time.

The Dooradoyle side have been superb and barring complacency should be good enough to move a step further.

Premier League leaders Ballynanty Rovers look to make it 12 wins in a row when they host Cappamore Celtic. Balla have been unstoppable from day one and it's hard to see them stalled this weekend. Cappamore just missed out on promotion to the Premier League last season, but this season have struggled to regain that form and a visit to Balla will not help that.

Geraldines progressed in the MFA last weekend against Newport and this weekend they travel to Corbally Utd in the National competition.

‘Dines’ struggled to get into their stride against Newport and a similar display against Corbally could cost them. Manager Derek Hannon needs to get his side enthused for the challenge. Peter Ryan's two goal debut augers well for the club while Kevin Barry makes a welcome return to the side.

In the Munster Junior Cup the top game pits Janesboro against Fairview Rgs. Janesboro come into the tie on the back of a disappointing Munster Champions Cup defeat to Killarney Celtic last Saturday. Injuries have been unkind to Janesboro and they await on fitness checks for several key players going into Sunday's tie.

Fairview for their part also posted a low key scoreless draw with Prospect and they will need a big improvement if they are to curtail the League champions.

With the FAI already discarded to dustbin for 'Boro’ the MFA takes on greater importance and whether that pressure proves positive remains to be seen.

Fairview have signed wisely but have yet to get running at full steam. Paudie Quinn missed out through injury last week and you feel his presence is vital if they hope to succeed on Sunday.

Division 2A leaders Star Rovers welcome Premier side Kilmallock Utd to Lee Estate to get a test of their progress while Herbertstown host a Caherdavin Celtic XI who have been stuttering through the season to date.

Caherconlish host Knockainey while Carew Park will not find things easy at home to Brazuca Utd.

Prospect Priory v Hill Celtic is another tie worth a visit. Prospect picked up another point in the Premier League last weekend with a draw against Fairview while Celtic ran riot putting nine goals past Regional United B team.

The Cup will throw all previous form out the window however and you can expect a humdinger of a tie with Hyde Rgs awaiting the winners in Round Three.

The first round of the Jack Tuohy Cup has reverted to home grounds from Jackman Park so Aisling Annacotty will welcome Charleville in the opening tie.

The sides met a couple of weeks back when Aisling won comfortably and there is no reason to suggest it will be any different this time out.

The Div 1A O’Halloran Cup kicks off on Sunday with two games pencilled in. Aisling B and Summerville Rvs will see this competition as their best hope of success and likewise Castle Rvs v Murroe.

In the Galtee Fuels Div 1A, Athlunkard Villa will be looking to get back on track after a poor showing in the MFA Cup versus Hyde Rgs last Sunday when they visit fellow promotion hopefuls Coonagh Utd.

Another in-form side Moyross take on an Holycross side also on a good run of form.

One game is fixed in Munster Youth Cup when two of last weekend’s winners clash in Regional Utd v Div Two side Shelbourne.

An important fixture in the in the Nick Green Youth Div One sees Fairview at home to league leaders Aisling. Fairview bowed out of the Munster Youth Cup last weekend and will be looking for an immediate bounce back but they face an in-form Aisling Annacotty XI.