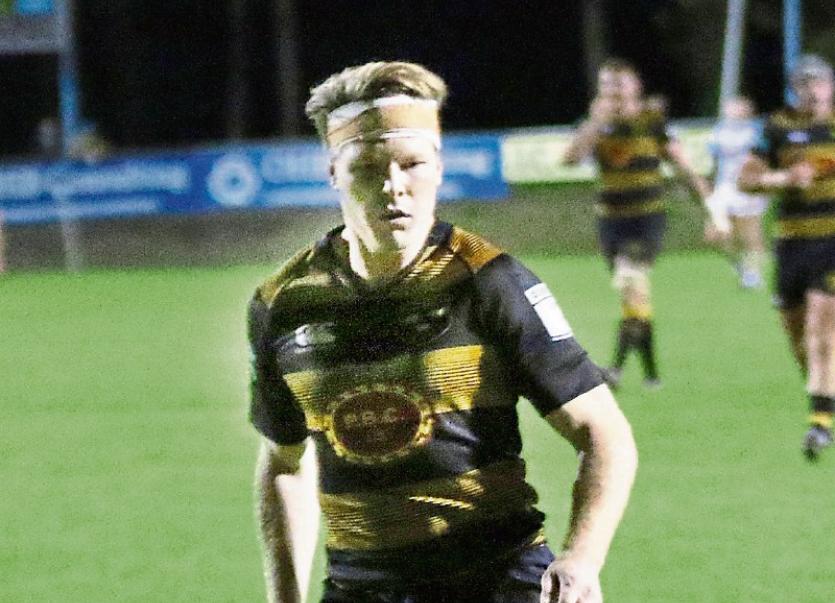 GROWING up on a dairy farm in the Waikato region on New Zealand’s North Island seems like light years away from playing in a big Limerick All-Ireland League derby clash this Friday night.

However, Young Munster’s recently arrived Kiwi out-half Clayton Stewart will make such a switch when lining out against Shannon in their Thomond Park Division 1 A clash, 8pm.

Stewart, from Te Awamutu, 30km south of Hamilton, kicked 17 points against Terenure College at Clifford Park on Saturday in the Greenfields side’s 22-5 win over Terenure College.

Stewart explained: “I played rugby at senior and ITM Cup Development level. I also played age group Manawatu sevens. One of the players I played with the past is Callum Gibbins, the Glasgow Warriors flanker.

“I was in the Manawatu Academy as well. That gave me a good taste of what it would be like to be a professional. I dreamed of playing professionally.

“I did my degree in Agri Commerce, agriculture and commerce. I am from a dairy farm. All my uncles and grandfather are dry stock farmers, but I lived on a dairy farm, so big into farming.

“My physio for rep rugby down in Manawatu was from Nenagh. At that time I had just finished my degree. I was wondering what I was going to do with my life.

“She knew Derek Corcoran who was playing with Nenagh at the time. He is with Young Munster at the moment. She put me in touch with him and I took the opportunity to live overseas for a year. I have never looked back. I have enjoyed it a lot.

“I was playing All-Ireland League Division 2A with Nenagh in recent years.

“Last season, we won the Limerick Charity Cup. We beat Garryowen there at the Markets Field.

“I had a thought about what I wanted to do, did I want to stay playing at that level with Nenagh or test myself. I wanted to play Division 1A and see what it was like. I am loving it so far.

“I have settled in with ease at Young Munster. The boys are great. From the first training, the lads made me feel at home.

“It is a good start for us, winning at home on Saturday. Terenure are a great side.

“I can't wait to play at Thomond Park against Shannon on Friday. I have a house mate Conor Mitchell who has just come over from Australia, he's an Irish man at heart, I think it's his mother's side is Irish.

“We went along to the Munster v Ulster game recently. We were in the stadium, pinching ourselves thinking that we would have the chance to play there at Thomond Park. Friday Night Lights, get a good crowd, it will be awesome, I just can't wait.”