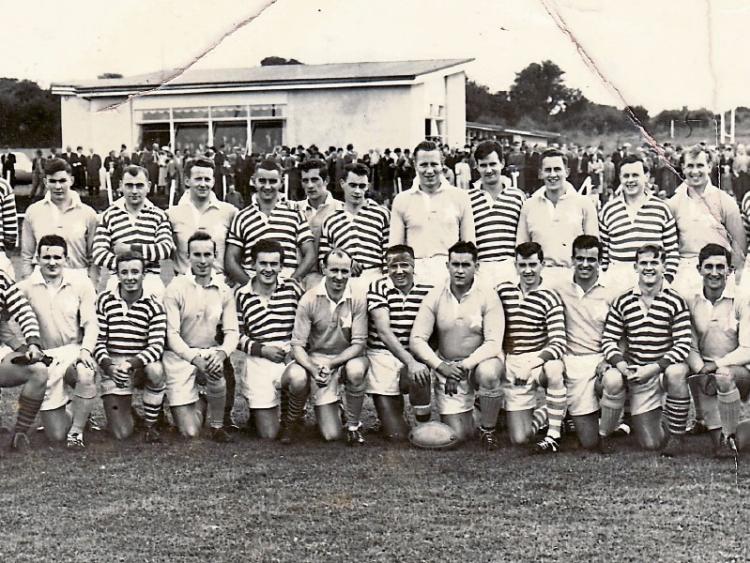 The Garryowen F.C. Pavillion open 60 years ago on September 21 1958. These two teams that played to mark the occasion were Garryowen and Blackrock. Garryowen were captained by Gordon Wood

GARRYOWEN FC recently celebrated the 60th anniversary of the official opening of their current club grounds in Dooradoyle.

The official opening of the rugby grounds, which took place on September 21, 1958 was followed by a friendly rugby fixture between Garryowen FC, captained by Gordon Wood, and Blackrock College RFC, captained by C Thomas.

The 60th anniversary of the opening of the grounds coincided this year with the staging of the Bank of Ireland Munster Senior Cup quarter-final between Garryowen and Young Munster which resulted in a win for the home side.

Writing in the match programme for that Munster Senior Cup tie, Garryowen FC Club President Ger Baggott wrote: “It was a milestone decision to move from the Markets Field.

“Great credit to the members and committee to have had the foresight to take on this challenge because the new grounds was out in the country.

“A small narrow boreen with no lighting. The land for the first two pitches was purchased from the Quaid family. Mick Quaid Snr played and was President of Garryowen.

“Billy, his son, played and was also President. Niall and Michael also played for Garryowen.

“Thompsons Architects oversaw the building of the clubhouse.

“How proud of these men we are today. And for me in year as your President, as I was one of a small band of Ballinacurra kids who picked buckets of stones off the pitches, to see our club and grounds that we have today is wonderful.

“Spare a thought to these wonderful people who have gone before us. I, on behalf of Garryowen FC, say ‘thank you.’

In 1952 the question of Garryowen moving grounds was first mooted and a grounds committee was set up. They examined grounds at the Ennis Road, Caherdavin, Ballysimon among others which showed any possibility within easy reach of the city.

The Dooradoyle grounds were then purchased on December 9, 1954, with work beginning in early January 1955.

In the summer of 1956 the boundaries were erected by the voluntary workers.