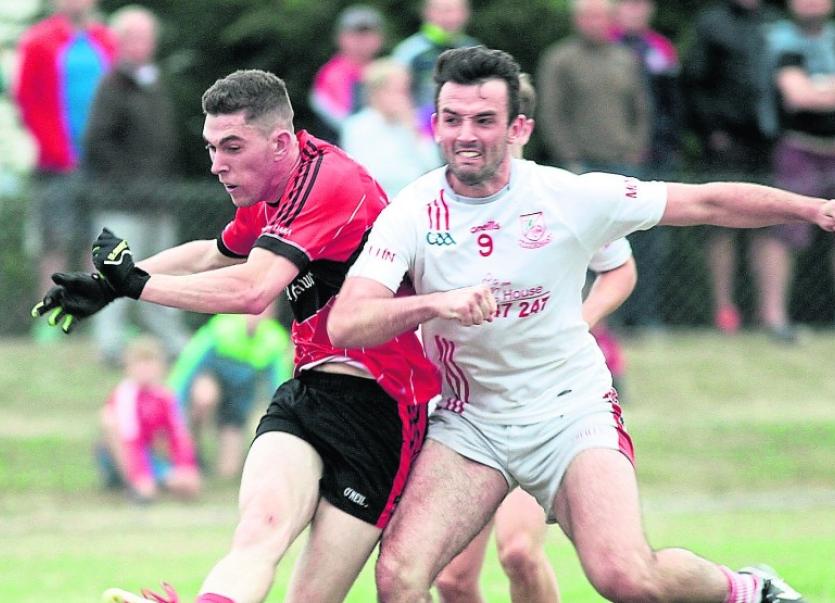 CHAMPIONS Adare booked their place in the Irish Wire Products Limerick SFC final with a 1-5 to 1-4 semi final win over Monaleen this Friday evening.

Adare produced a strong second half in Mick Neville Park to set up a final with either Newcastle West or Ballylanders, who meet in their semi final on Saturday at 6pm in the Rathkeale venue.

Monaleen were 1-3 to 1-1 ahead at half time but could only manage a single point in the second half and the city side had to wait until the 29th minute for that Evan O'Neill point.

All had started so well for Monaleen with an Evan Quinlan goal in the opening minutes.

Adare had a goal of their own in the 12th minute with Mark Connolly finding the net for a 1-1 to 1-0 head.

Adare failed to score for the final 18-minutes of the first half and points from Quinlan and Brian Carson had Monaleen two clear at the break.

Bourke brothers Robbie and Hugh had early second half points to edge Adare ahead.

in the 13th minute of the half Shane O'Connor brough them to 1-5 and they weren't to score again.

But Monaleen couldn't find the posts either and lost out for a second successive year in the semi final.