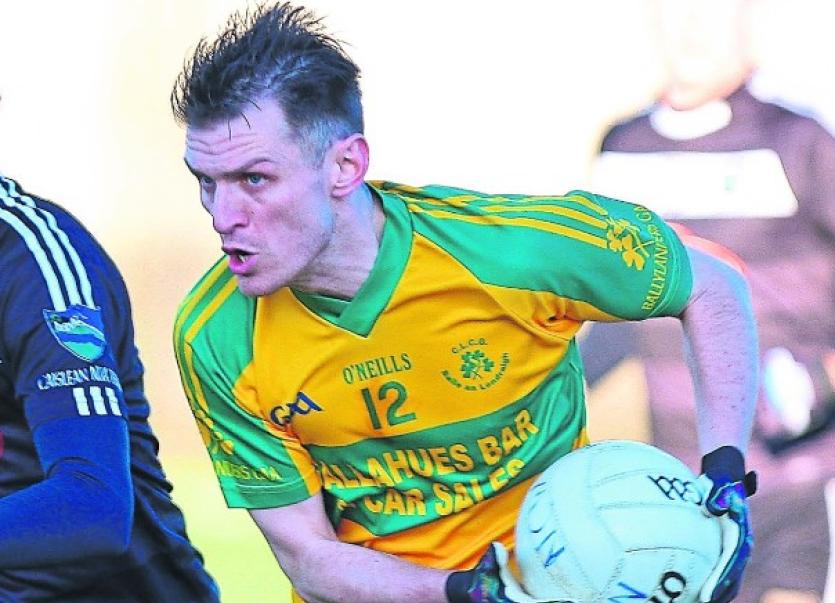 In a Kilmallock double-header Ballylanders were 2-16 to 4-8 winners over Ballysteen and Monaleen beat St Kierans 3-13 to 2-9.

Elsewhere on Saturday, St Patricks were relegated from the senior ranks. They lost the play-off to city rivals Na Piarsaigh. Limerick hurler Peter Casey scored the Na Piarsaigh goal in a 1-14 to 1-10 win.

Fr Caseys were crowned Limerick Premier Minor Football Champions with a 3-7 to 2-9 final win over Mungret.

The south Limerick side were 10-points ahead entering the final quarter; 1-16 to 1-10 but then had a man sent off.

Ballysteen then found three goals - Sean Whelan, Maurice Somers and Danny Neville. When Pakie Moran pointed they were ahead in injury time.

But up the field went Ballylanders and Jimmy Barry Murphy goaled to see off the Ballysteen fight back.

Ballylanders had led 1-10 to 1-6 at half time. Danny Frewen had the first half Ballylanders goal and he was to finish with 1-5 from play.

In the opening game, Monaleen were seven point winners over St Kierans.

A Shane Cusack goal helped the winners into a 1-2 to no score early lead.

Seamus Mangan and Liam Kennedy then had St Kierans goals for a 2-3 to 1-2 lead after 17-minutes.

But six successive points had Monaleen 1-8 to 2-3 ahead at half time.

Ten minutes from the end Brian Carson had the second Monaleen goal; 2-12 to 2-5.

And, in injury time sub Evan O'Neill sealed the win.