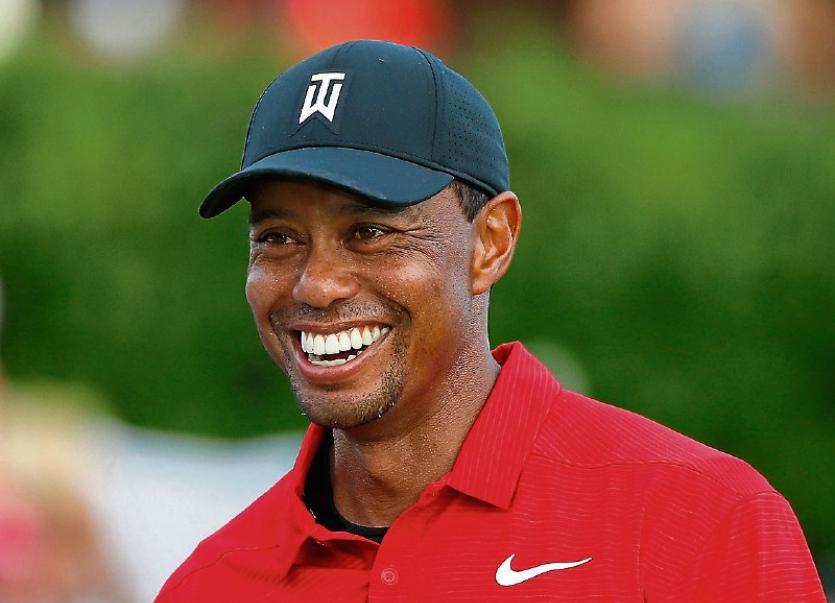 JUST before 11pm on Sunday night, Tiger Woods made his way up along the 18th fairway at East Lake Golf Club in Atlanta and was suddenly swarmed by thousands of delirious golf fans.

Comeback kid Woods was on his way to securing the 80th PGA success of his career and his first since 2013.

US sports fans love a good redemption story and in Woods’ win in the season-ending Tour Championship they found it – and how!

The thousands of golf fans who roared Woods’ name as he made his way up onto the 18th green didn’t give one jot about the whirlwind biography written by Jeff Benedict and Armen Keteyian earlier this year which laid the golfer’s life story bare.

Arguably, there hasn’t been another athlete in the past 50 years who has been more high-profile than Woods. His career has corresponded with the rise of the internet, social media and mobile phones.

Having watched Woods, the golfer, strut his stuff at three previous JP McManus Pro-Ams – dating back to Limerick Golf Club in 2000 – it was impossible not to be struck by his star quality – his undoubted charisma.

Golf fans lapped it up. No doubt, Woods’ grouping will again draw the biggest crowds at the JP McManus ProAm in 2020.

It is easy to admire his golfing brilliance, but it is hard not to be torn about him at the same time. The Ryder Cup will be fascinating viewing this weekend because of it's star man!