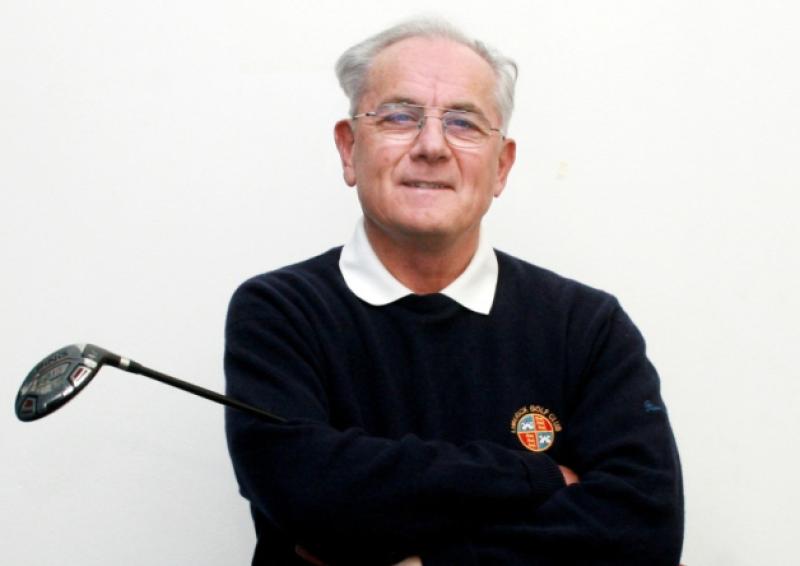 AS usual, this week's Ryder Cup match in Paris has the makings of a classic confrontation.

After all, Le Golf National was specially built with the drama of what I like to call the ‘Hyper Cup’ in mind.

There is no hole on the course that isn't 'birdie-able' but any misjudgments or slightly stray shots and double or triple bogies stare you in the face.

Havoc lurks over every stroke especially on the finishing stretch.

Back in the days when the USA outclassed Great Britain and Ireland every other year, the biennial Ryder Cup was not as exciting a spectacle, but it was still the ultimate test of a player's skill and nerve.

There is nothing like match play in front of a partisan crowd to test a golfer's character.

When you are playing for a team, the pressure of not wanting to lose heightens. There have been many pivotal moments in Ryder Cup history.

After USA's mauling of GB&I at Lytham in 1977, Jack Nicklaus’s tentative suggestion that it might be a good idea if the USA would henceforth face a team that included the best Continental European players instead of only the British and Irish.

It was a significant change to the competitiveness of the matches but it did not happen overnight.

Casting one's mind back to 1977, Seve Ballesteros was new onto the scene and Jose Maria Olazabal and Bernhard Langer had not arrived yet.

When Seve and Antonio Garrido were invited to become the first continentals to play at the Greenbrier in 1979, there was little indication of the fireworks that lay ahead.

The Spanish Armada of two contributed one, mangy point between them and the overall result was another USA cakewalk.

At Walton Heath in 1981 Dave Marr’s “best ever” USA side steamrolled over a weak European team missing both Tony Jacklin and Ballesteros due to a nasty feud with the European Tour over appearance money.

At that precise moment, many felt that the Ryder Cup was dead and buried.

Revolutions aren't always bad even when a 'good and genuine leader' is overthrown. John Jacobs was ousted as Team Captain and Tony Jacklin was offered the leadership for the 1983 matches at PGA National in Florida with Nicklaus appointed captain of the USA.

Of Jacklin’s young team, only Faldo, Langer, Lyle, Seve and Woosnam would have genuinely felt that they could beat anybody; the others were unproven and distinctly unsure.

Clueless preparations by the British PGA provided one pair of (plastic) golf shoes for the entire week and one shirt per day. In the humidity, dampness underfoot and heat of Florida, this was entirely inadequate.

In a fit of indignation , Faldo lead his team mates en bloc to the pro shop where they purchased their own matching gear. A galvanising “we’ll show ’em attitude” erupted and 'out of nothing' Jacklin had a group eager for the battle!

The team spirit Jacklin craved was born and he milked it to perfection. Throughout the three days, the matches were close, tense and exciting as the advantage swung backwards and forwards.

Team USA had felt a backlash that was none of their doing.

Jacklin’s masterstroke was persuading Ballesteros to let bygones be bygones. Although Seve was reluctant at first, he was flattered by Jacklin’s public declaration of confidence.

Putting his renowned selfishness aside, Seve responded by volunteering to adopt the “rookie” of the side, 21-year-old Paul Way as his partner. Under Seve’s guidance, Way contributed three and one-half points out of a possible five.

Seve led the final day charge. 3up with seven to play, he became overly-concerned with the matches behind and found himself having to play one of the greatest shots of his career; a 3-wood (and it was a wood in those days) out of a bunker from 250-yards range across water to earn a halved match with Fuzzy Zoeller. Sam Torrance halved with Tom Kite.

Jose Canizares halved with Lanny Wadkins who avoided certain defeat by playing a brilliant pitch shot over water from 70 yards stone dead, with Nicklaus, as nervous as a kitten, standing beside him.

If any one of those halved matches had been won by Europe, the result would have been an unprecedented tie on American soil.

“We must celebrate. This is a big victory . . . . . This is a great day for European golf!,” Seve declared tearfully in the team room afterwards.

The European team did indeed celebrate and convinced themselves that they would win next time.

With Seve now and forever emotionally tied to the Ryder Cup and Jacklin expertly pulling the strings, they did it too!

Although the USA are clear favourites to win in Paris this weekend, there will be no feelings of inferiority amongst the Europeans. The more 'the media' have criticised Thomas Bjorn's wild card picks, the more closely bonded the 'blue team' has become. In an 18-holes match, anyone can beat anyone. Form goes out the window.

It is all about momentum and gaining the upper hand. I fully expect USA to win but I won't be surprised if Bjorn's Boys find the inspiration to win back the cup for Europe.

Words of the Wise: