Opinion: Limerick's Cian Lynch is my Hurler of the Year - Jerome O'Connell 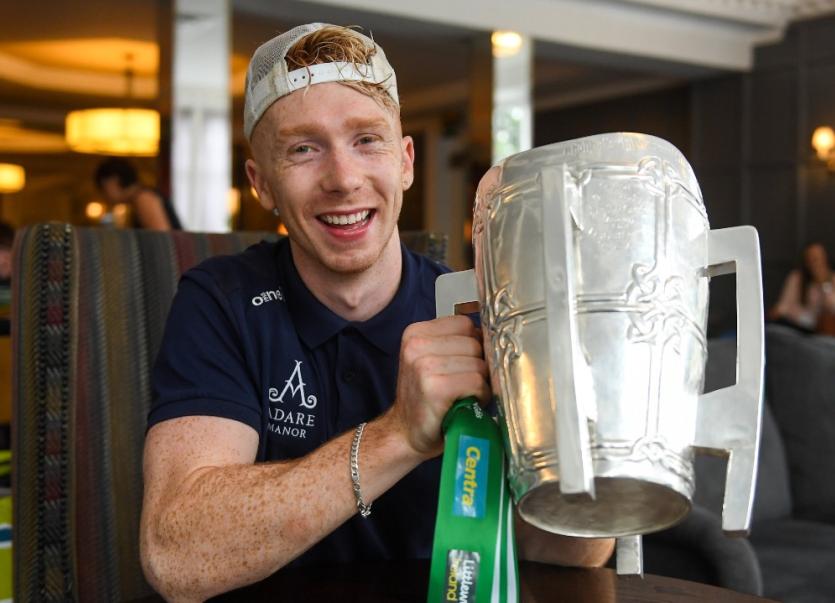 Cian Lynch the only Limerick nominee for Hurler of the Year

FOR starters I’m not a fan of individual awards emulating from team sports but they exist, so here goes….

For me, Cian Lynch is the Hurler of the Year bar none.

Funny thing is, because Limerick reached such new heights pretty much every member of the starting team went above and beyond their previous standard this year.

There were raised eyebrows when Graeme Mulcahy was omitted from the Hurler of the Year short-list and yes he sparkled this year – like others this was his best season at senior level and he was Limerick’s top scorer from play in the championship. The Kilmallock corner forward is rightly one of the stories of the season.

But for me Cian Lynch is the Hurler of the Year.

The Patrickswell 22 year old started each and every one of Limerick’s 18 games this season. He was only withdrawn in three games – missing just 35-minutes of action all season. Lynch, Richie English, Diarmaid Byrnes and Seamus Flanagan started all games from the Munster League, through Allianz League to the Championship.

Of course, just being in situ doesn’t mean you get an award!

At senior level, his debut season was outstanding but he struggled somewhat for an identity until getting re-housed in midfield. He had been utilised as a roving forward from time to time to good effect but putting faith in the youngster to tie down a midfield role was one of many winning switches by management this year.

His move to midfield was a massive part of the 2018 Limerick gameplan with the Mary Immaculate College Fitzgibbon Cup winner a constant link man between defence and attack. Time after time his use of ball and accuracy of delivery into attack was top class.

Lynch was named in the half forward line in the first game of the season but then switched to midfield and was immense. Firstly he formed a league partnership with Paul Browne and then himself and Darragh O’Donovan blossomed during the championship in the Limerick engine room.

For all his tricks and sublime skill, Lynch rolled up the sleeves this season and won an amount of ‘dirty ball’ – often using some of his eye-catching flicks.

Limerick’s midfield sat deep this season but, Lynch also broke forward with aplomb to score 1-12 from play – his goal against Cork in the semi final helping position John Kiely’s men to edge past The Rebels.

Sitting deep meant defensive duties and Lynch was up for the task, tracking with pace and purpose to turn over possession and set Limerick on the forward foot.

2018 was Lynch’s fourth year in the Limerick senior panel but I would look at this season as his first!

Well I meant, his first away from the underage ranks.

Indeed if I were to follow Lynch and others born in 1996 all the way through the Underage Hurling Academy they have played 29 games – winning 23 enroute to All Ireland titles at U-16, U-21 and senior level.

Lynch, Sean Finn, Tom Morrissey, Aaron Gillane and four other members of the All Ireland SHC winning panel have stormed up through the ranks together and just four times in 29 games they have lost.

Hence, the confidence that Lynch and Co have.

Cian Lynch, Galway pair Padraic Mannion and Joe Canning are in the short-list for the Hurler of the Year award. This short-list was selected by a committee of journalists and now all inter-county hurlers will vote on the final three.

Of course, there are creditable claims to both Mannion and Canning but for me, Lynch is my Hurler of the Year – from Cushendall, to Carlow, to Croke Park and from Tullamore to Thurles.