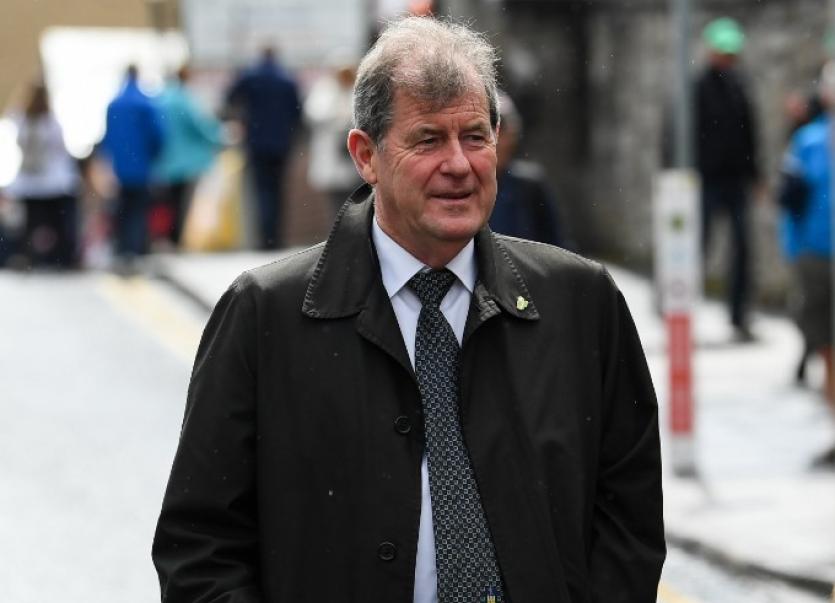 RUMOURS of an All-Ireland hurling final win-bonus or lavish celebratory presents from Limerick GAA sponsor JP McManus have been laughed off by two of the county's stars.

Kyle Hayes and Aaron Gillane were in PwC Headquarters in Dublin on Wednesday to pick up awards and both dismissed any talk of JP McManus lavishly rewarding the Limerick hurlers.

"It's mad, and the stories add tales as they go on, its mad. It's not true at all, but I wish it was alright!" said All Ireland final Man of the Match Kyle Hayes of rumours of a win-bonus.

McManus did bring the players and management to his Martinstown home to fete them since the August 19 title win and he also treated them to golf in Adare Manor but that's where it stops and all stories to the contrary are false according to Hayes.

"I wish that was the case. Apparently we were getting €20,000 into our bank accounts as well," joked Hayes.

"Yeah they were rumours going around and it never happened and it never will, but it is funny to see the different stories coming back - I wish we were that well looked after," said the 20 year old centre forward.

Hayes was full of praise for this week's gesture from McManus to donate €100,000 to each County Board across Ireland for the ultimate use by clubs.

"I wasn't really surprised because he is just that generous. He's nearly a hand in everything in Limerick in terms of fundraising and he's been backing Limerick for I don't know how long. His brother Gerry is doing it for the underage too - they are not looking for attention or anything, they are just genuine people," said the UL student.

"He wouldn't think much of that but it means a lot especially to rural clubs where there wouldn't be much members and they find it hard to do fundraising and that would mean the world to them," said Hayes.

"You wouldn't see him (JP McManus) at all. We have only met him once or twice and that was after the match but he wouldn't want to be in either. He stays in the back ground and is very down to earth. If you didn't know his face you wouldn't know who he is. Hes that kind of guy," explained Hayes.

Aaron Gillane echoed the words of praise of his Limerick colleague.

"Jesus it's hard to believe when you think of it - like, there's some amount of clubs in Limerick and then you think about all the clubs in Ireland. And he's going to be giving all of them a donation, which is madness," said Gillane.

"And it's credit to the man. He's the most humble man ever. Pure quiet. He's not making a big fuss about what he's doing for people. He just likes helping people, just a nice person," said the Patrickswell star.

GAA President John Horan was also at the event and in his speech he also paid tribute to the JP McManus donation of €3.2 million to be divided among the clubs.

"It's appropriate to acknowledge the generous donation that JP McManus, who has been a great backer of Limerick hurling, made to all the GAA clubs around the country this week," said Horan.