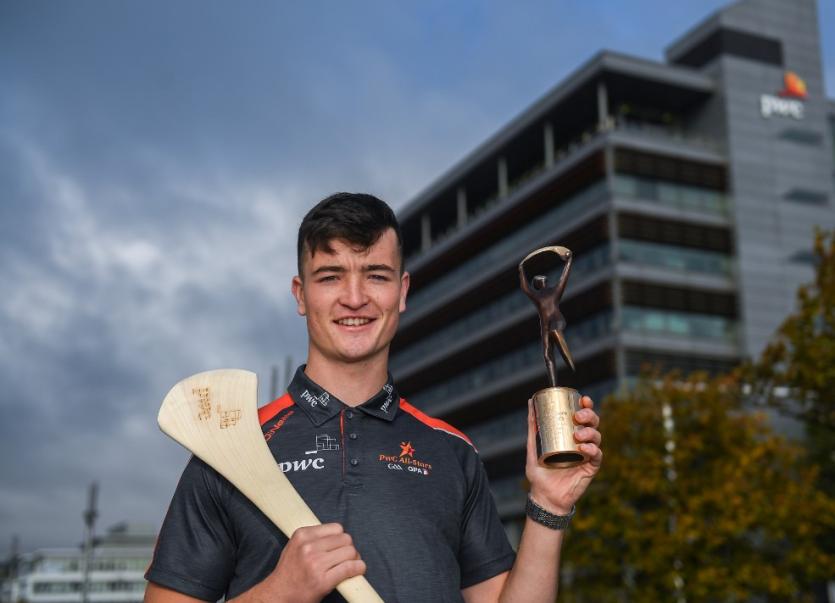 THERE wouldn't be any "big heads" in the Limerick hurling camp after their new-found fame following their All-Ireland title win insists Kyle Hayes.

And, Hayes was the youngest member of the starting team at just 20 years of age.

“I’m sure for some fellas it’s probably a bit of a shock to the system but, as I said, there’s no one in the camp with a big head. We’ll chillax now for a few months, take our break and by the time the season starts we’ll be hungry to get back in. I can’t see anyone going around with a big head," insists Hayes.

The Kildimo-Pallaskenry star was speaking in Dublin, where he was honoured as the PwC GAA/GPA Player of the All-Ireland Hurling Final.

"They’re all grounded fellas and we’re just looking forward now to getting back on the pitch," stressed Hayes.

“No, not really, obviously you would have fellas coming up to you here and there. I'm still the same old fella, going to the same college. It’s nice alright, but we don’t let it go to our heads at all. We’ll be back training in two months. We were back training with our club two weeks after it - we have two games left with our club and if we win one of them we get into a semi-final. I’d love to get success with the club now. It would be nice now as well like," outlined Hayes.

He said that the players would follow the lead of manager John Kiely and keep their feet on the ground.

“John has a major part to play in that. He’s very good at managing fellas. I know that’s his job but he’s excellent at it. He knows himself, he’s been there as a player and he knows what it’s like. He’ll do his best to keep fellas grounded but everyone’s down to earth," explained Hayes.

A 2017 All-Ireland U-21 winner, Hayes said that all players are aware of what the Liam MacCarthy Cup victory means for Limerick GAA.

"It has given hurling a massive boost and its good to see. Limerick is a diverse county where rugby and socccer are big things but hurling will come to the fore now and its great to see young fellas walking around with hurleys in their hands rather than a soccer or rugby ball and hopefully it will give the GAA in Limerick a boost," outlined Hayes.

A badly need boost but Hayes said that there was no weight of responsibility felt by the players.

He said that all were taken aback at the size of the homecoming celebrations.

"It was crazy - we didn't know there would be that many people at all. We knew there was going to be 20 or 30,000 people in the Gaelic Grounds but we had no clue of the train station - it was a shock to the system when we walked out, unbelievable," he recalled.

What of next year, with Waterford appointing Pauric Fanning and Tipperary Liam Sheedy as new managers?

Just getting out of the Munster alone is like trying to win an All-Ireland. They’ll (Tipperary) be back with an absolute massive bang like and he’ll (Liam Sheedy) give them a huge boost like. He’s a very good manager. You’ve seen what he’s done with them before. You’ve Waterford there as well like, still a serious team as well like and obviously Clare and ourselves. It’s going to be very, very hard now to get out of but we’ll just take it, the same as this year, take it game by game and look, hopefully luck will be on our side and we’ll come out," said Hayes.