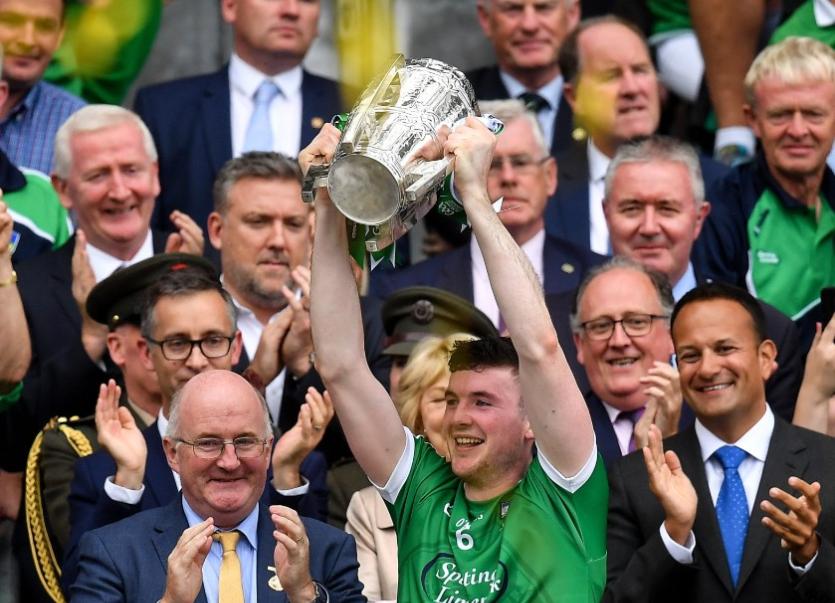 LIMERICK GAA supporters continue to celebrate the return of the Liam MacCarthy Cup Shannonside after a 45 year wait.

However, curious supporters have questioned the appearance of the coveted All Ireland SHC trophy at different venues at the same time.

This Sunday, September 23, the Liam MacCarthy Cup was hosted by Granagh-Ballingarry GAA club but at the same time was at a UK event in John Mitchels GAA club in Birmingham!

The Granagh-Ballingarry event was a continuation of the cup tour of Limerick GAA clubs, while the event in the UK wasn’t a Limerick event, but one attended by GAA President John Horan.

A Croke Park spokesperson has explained how there are in fact three Liam MacCarthy Cups!

The original Liam MacCarthy Cup was first presented to the 1921 All Ireland champions - coincidentally Limerick!

In 1992 the original Liam MacCarthy Cup was retired.

Silversmith James Kelly of Kilkenny crafted the new trophy, which was first presented in 1993. This version of the Liam MacCarthy Cup remains in place and was presented to Declan Hannon on August 19 in the Hogan Stand.

The original cup is on display in the GAA Museum in Croke Park, where it stays full time.

In 2010 an official replica Liam MacCarthy Cup was commissioned by the GAA and again made by James Kelly. The replica is kept in Croke Park and used mostly for promotional events and other ‘special events’ but never given out to the All Ireland champions.

So it was this replica that accompanied GAA President John Horan to Birmingham on Sunday and the ‘real’ Liam MacCarthy continues its celebratory tour of Limerick.