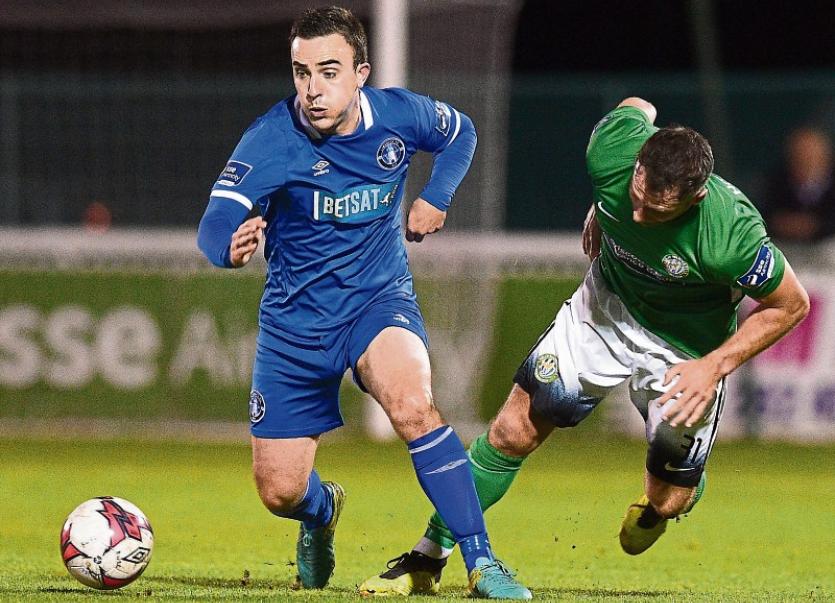 ON the back of a fantastic win in the Carlisle Grounds on Friday night, Tommy Barrett has passed the first test of his managerial career and breathed new life into Limerick FC’s season.

The young manager, in his first appointment, was thrown in at the deep end without a paddle a matter of weeks before the beginning of this season.

After Neil McDonald’s departure on the opening day of pre-season being swiftly followed by the high profile departures of Ogbene, Cotter and Tosi among others with no mention of replacements, a lot of locals feared the worst.

Add to this, a further players’ budget cut mid-season, leading to further departures and injuries to key players throughout the season, and many others might have waved the white flag.

To his credit Barrett has soldiered on for the cause, facing the media and always remaining as positive as reality would allow. Behind the scenes he has been working hard with the players, clearly evident in the recent league game with Dundalk at the Markets Field stadium and in the away victory over Bray.

This will be pleasing for the young manager I’m sure as his focus can now turn completely to the relegation/promotion play-off as this will determine the result of his next and more important test.

After Tommy’s appointment and the obvious cut to the playing staff budget, I think most Limerick FC supporters would have taken the play-off spot at that point, had it been offered.

To have this all-but-achieved with four games to spare is testament to the work done and for the manager it’s his first objective achieved as beating Bray in all four meetings of the sides’ this season proves once again that the league table doesn’t lie.

Looking at the First Division with UCD crowned champions already, the Blues’ opponents for top flight football nest season will be Shelbourne, Finn Harps or Drogheda.

Scouting of all three clubs is a process that I am sure has begun for the Limerick managerial team already and finding weaknesses to exploit and how to nullify the attacking threats of all three possible opponents being the order of the day.

Organisation at set pieces from attacking and defending situations can also be crucial in games where there is so much at stake.

Another positive from a Limerick point of view is the return to fitness and to the starting eleven of both Shane Tracy and Shaun Kelly, in such a young side the experience of both in defence and in front of Tommy Holland could be vital.

The return of Tracy could also release Billy Dennehy to play in a more advanced role and provide another goal scoring threat to the Blues attack.

Barry Maguire, a player Barrett has persisted with despite injury and lack of fitness at different stages of this campaign, repaid that faith again on Friday night.

The technically sound midfield creator is also the squad’s top scorer with six goals in all competitions and when playing in tandem with skipper Shane Duggan, the two are capable of over powering opposing midfields both on and off the ball.

The fitness of Danny Morrissey will continue to play on the manager’s mind I’m sure, knowing that a fully fit Morrissey would be too much for any First Division defence to handle with, but also accepting that It is unlikely the former Cork City striker could deliver 90 minutes for the cause at this point in the season.

Thirty five minutes of both games may be his lot, but that may be enough for a player who with five goals to his name has proven, with limited opportunities,  that he can deliver goals.

There has been a lot of negatives written and said this year about the off-the-field matters of Limerick FC, but with the play-off spot delivered by Barrett and his players, there is reason for hope in the local football family.

We have seen in the past that the Limerick sporting public love a cause to support and the cause to keep senior soccer in Limerick where it belongs, in the top flight of Irish football, is a big one.