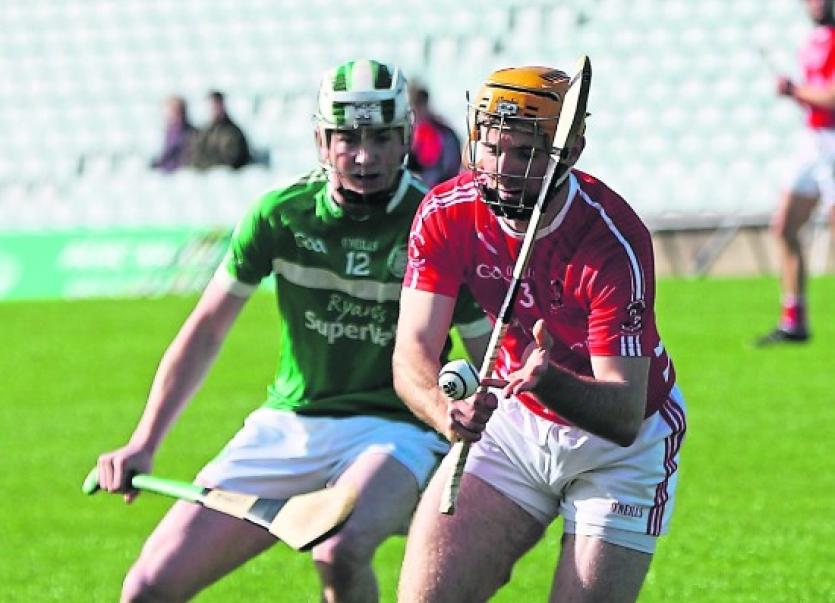 ALL five tiers of the Limerick club hurling championship are now into the knockout stages.

Na Piarsaigh and Doon have advanced directly to the October 14 semi final stage after the group phase.

Both games are on Sunday October 7 in the Gaelic Grounds - Kilmallock v Murroe-Boher at 2.00pm and Patrickswell v South Liberties at 3.45pm.

Ballybrown are relegated from Group One and will be replaced by the promoted South Liberties.

Cappamore are relegated from senior hurling, to be replaced by the Premier IHC winners.

Mungret and Bruff have confirmed their place in the semi finals ahead of their final round games.

Only the bottom team will be relegated and Bruree currently occupy that spot.

Glenroe and Dromin-Athlacca have reached the semi finals after the group phase.

In the Saturday October 6 quarter finals, Croom play Effin in Kilmallock at 2.15pm and Granagh Ballingarry face Knockaderry in Newcastle West at 3.00pm

The relegation final will be between Dromcollogher-Broadford and Claughaun-Old Christians in Bruff on Saturday October 6 at 2.15pm.

The four semi finalists are Killeedy, Tournafulla, Doon and Patrickswell.

On Saturday October 6, its Tournafulla v Doon in Bruff at 4.00pm and Killeedy v Patrickswell in Ballyagran 2.15pm.

The four semi finalists are Garryspillane, Feohanagh, Cappamore and Doon.

On noon on Sunday October 7, Doon play Garryspillane in Claughaun and Cappamore face Feohanagh in Bruff.